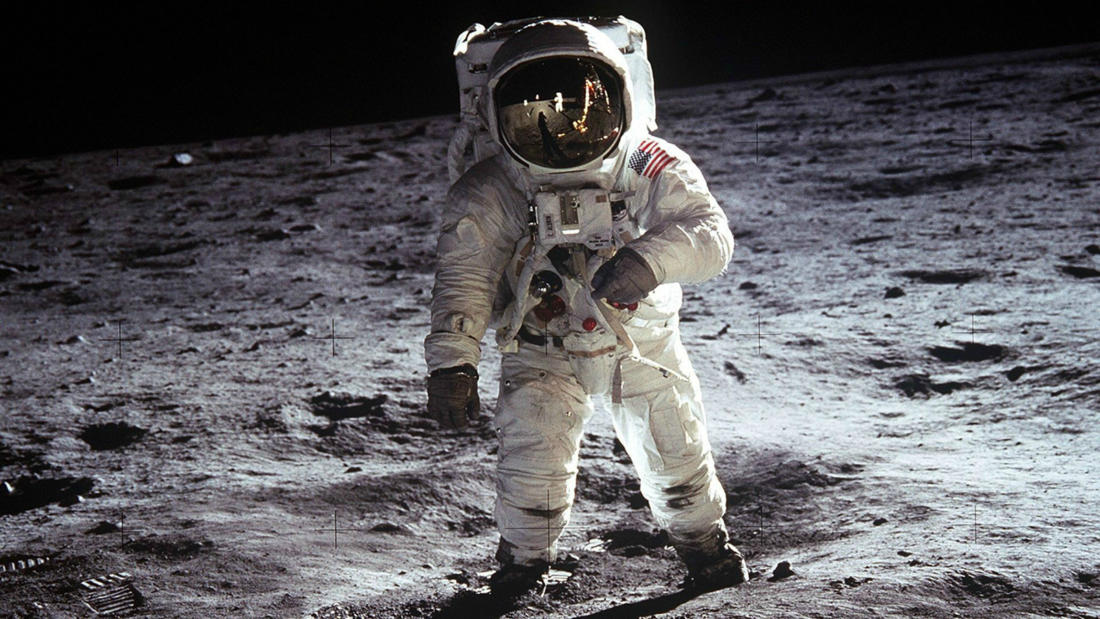 For All Mankind— Is it possible to live on the moon?

In this virtual event, MIT Media Lab’s Ariel Ekblaw will discuss the legacy of NASA’s lunar missions (chronicled in Al Reinert’s visually dazzling, Sundance Award-winning FOR ALL MANKIND) and what the future might hold. We’ll discuss the democratization of space, how to survive in a lunar environment (hint: those nights can be tough), and much more.

Al Reinert’s documentary is the story of the 24 men who traveled to the moon, told in their words, in their voices, using the images of their experiences.

Sorting through nearly one hundred hours of film and sound recordings recovered from NASA, director Al Reinert created this documentary on the Apollo program of the 1960s and '70s, commemorating man's landing on the moon. The film is a montage of images with voice-over interviews and commentary from the participating astronauts. Brian Eno, famous for his ethereal music, provides the score. For All Mankind was nominated for an Academy Award for Best Documentary in 1990.

Ariel Ekblaw is the founder and Director of the MIT Space Exploration Initiative, a team of over 50 graduate students, staff, and faculty actively prototyping the artifacts of our sci-fi space future. Founded in 2016, the Initiative now includes a portfolio of 40+ research projects focused on life in space (from astrobiology to space habitats), and supports an accelerator-like R&D program that enables a broad range of payload development. For the Initiative, Ariel drives space-related research across science, engineering, art, and design, and charters an annually recurring cadence of parabolic flights, sub-orbital, and orbital launch opportunities. Ariel forges collaborations on this work with MIT departments and space industry partners, while mentoring Initiative research projects and providing technical advice for all mission deployments.

In addition to the broader Initiative portfolio, her personal research builds on her MIT PhD (completed September 2020) in space architecture and the TESSERAE platform: Tessellated Electromagnetic Space Structures for the Exploration of Reconfigurable, Adaptive Environments. This work explores autonomously self-assembling space architecture for future space tourist habitats and space stations in orbit around the Earth, Moon, and Mars.

Ariel brings a humanist approach to her research at MIT, with undergraduate degrees in Physics, and Mathematics and Philosophy from Yale University, and a master's in distributed systems from the MIT Media Lab. Ariel’s prior work experience includes supersymmetry research and big data programming at the CERN Particle Physics Laboratory, user-centered design and product development at Microsoft Azure, microgravity research with NASA, and Mars2020 rover hardware systems engineering at NASA’s Jet Propulsion Laboratory. Ariel’s work has been featured in WIRED (March 2020 cover story), MIT Technology Review, Harvard Business Review, the Wall Street Journal, the BBC, CNN, NPR, IEEE and AIAA proceedings, and more. Humanity stands on the cusp of interplanetary civilization and space is our next, grand frontier. This opportunity to design our interplanetary lives beckons to us—Ariel strives to bring our space exploration future to life.