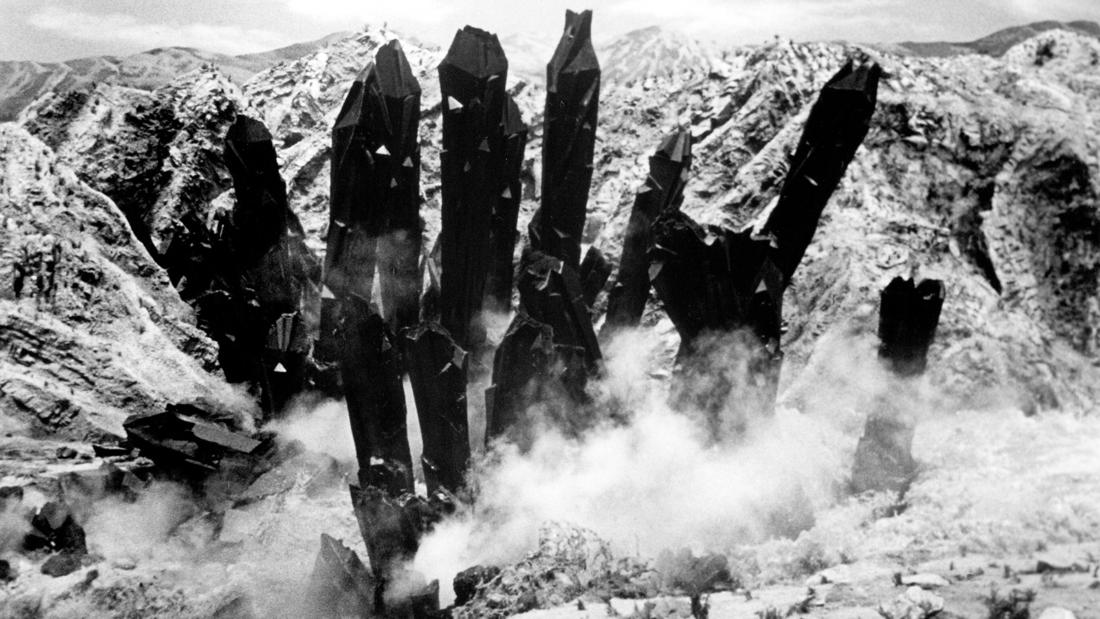 How many meteors actually hit the earth? Do they pose a danger to the earth and its inhabitants due to their ecological and biological nature?

Rocks from a meteor which grow when in contact with water threaten a sleepy Southwestern desert community.

A strange black meteor crashes near the town of San Angelo and litters the countryside with fragments. When a storm exposes these fragments to water, they grow into skyscraper-sized monoliths which then topple and shatter into thousands of pieces that grow into monoliths themselves and repeat the process. Any humans in the way are crushed or turned into human statues. The citizens of San Angelo desperately try to save themselves and the world from the spreading doom.

David Morris is a community college native, a graduate of Santa Rosa Junior College with an Associate of Sciences degree. He then transferred to University of California at Davis, where he received a Bachelor of Sciences in Geology, then went on to San Francisco State University, where he received a Master of Science in Applied Geosciences. In the early days of online teaching, he was among the first instructors to introduce online and hybrid online courses at Santa Rosa Junior College. At the same time he was fundamentally involved in the development of the 'cooperative learning' program in the Earth and Space Sciences Department. David is a dedicated teacher, he loves teaching at Eastern Arizona College and he has made this campus his home. Eastern Arizona College is proud to have David on its campus. David's motto is "Dedicated to Student Success."