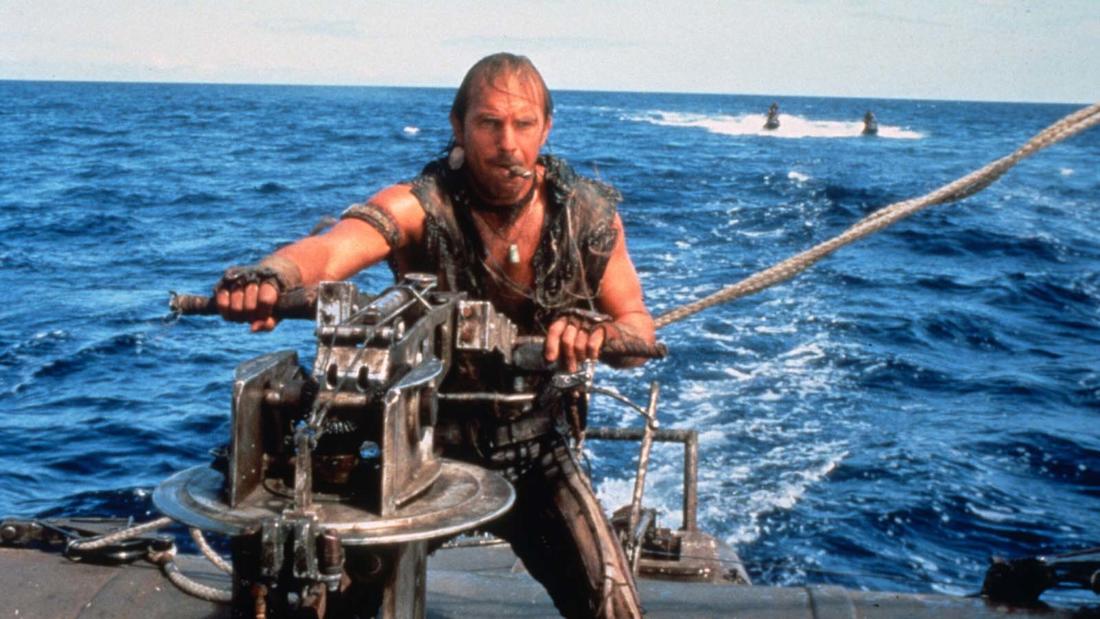 What would it be like to live in a world with too much water? Here in Southern Utah, we’ll never know. The lake levels in our largest reservoir, Lake Powell, have dropped drastically. Recently, the lake reached its lowest point since Glen Canyon Dam was built. Here, we speak with Jack Schmidt, a hydrologist who has spent years studying the Colorado River, to tell us what this decline means for the lake, the river, and those who depend on it.

In a future where the polar ice-caps have melted and Earth is almost entirely submerged, a mutated mariner fights starvation and outlaw "smokers," and reluctantly helps a woman and a young girl try to find dry land.

After the melting of the polar ice caps, most of the globe is underwater. Some humans have survived, and even fewer still, notably the Mariner (Kevin Costner), have adapted to the ocean by developing gills. A loner by nature, the Mariner reluctantly befriends Helen (Jeanne Tripplehorn) and her young companion, Enola (Tina Majorino), as they escape from a hostile artificial island. Soon the sinister Smokers are pursuing them in the belief that Enola holds the key to finding the mythical Dryland.