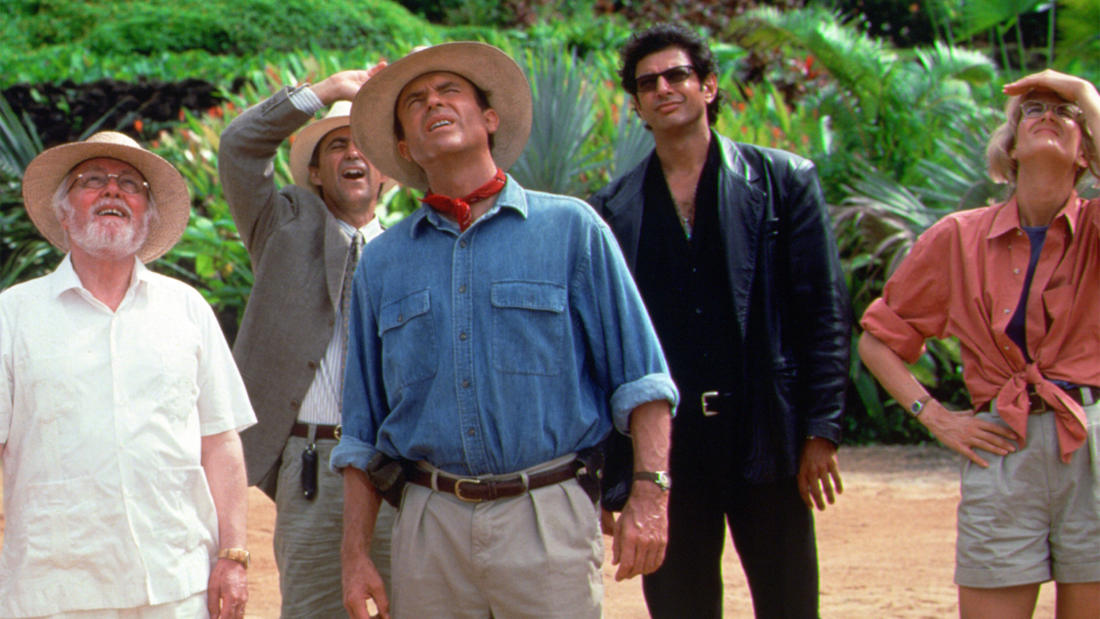 Jurassic Park— Red rocks and raptors: Picturing Moab in the age of the dinos

Paleontologist John Hankla describes Moab in the age of the dinosaurs: how it looked and what kind of dinosaurs lived there. Was it anything like Jurassic Park?

During a preview tour, a theme park suffers a major power breakdown that allows its cloned dinosaur exhibits to run amok.

Two dinosaur experts, Alan Grant (Sam Neill) and Ellie Sattler (Laura Dern), are invited by eccentric millionaire John Hammond (Richard Attenborough) to preview his new amusement park on an island off Costa Rica. By cloning DNA harvested from prehistoric insects, Hammond's scientists have recreated living dinosaurs for the exhibits. Accompanied by a cynical mathematician who is obsessed with chaos theory (Jeff Goldblum) and the millionaire’s two grandchildren (Joseph Mazzello, Ariana Richards), the experts are sent on a tour through the resort in computer-controlled touring cars. But as a tropical storm hits the island, knocking out the power supply, an unscrupulous employee (Wayne Knight) sabotages the system so he can smuggle dinosaur embryos out of the park, and the dinosaurs rage out of control. Based on the novel by Michael Crichton, Steven Spielberg directed the first installment of this epic sci-fi adventure film.