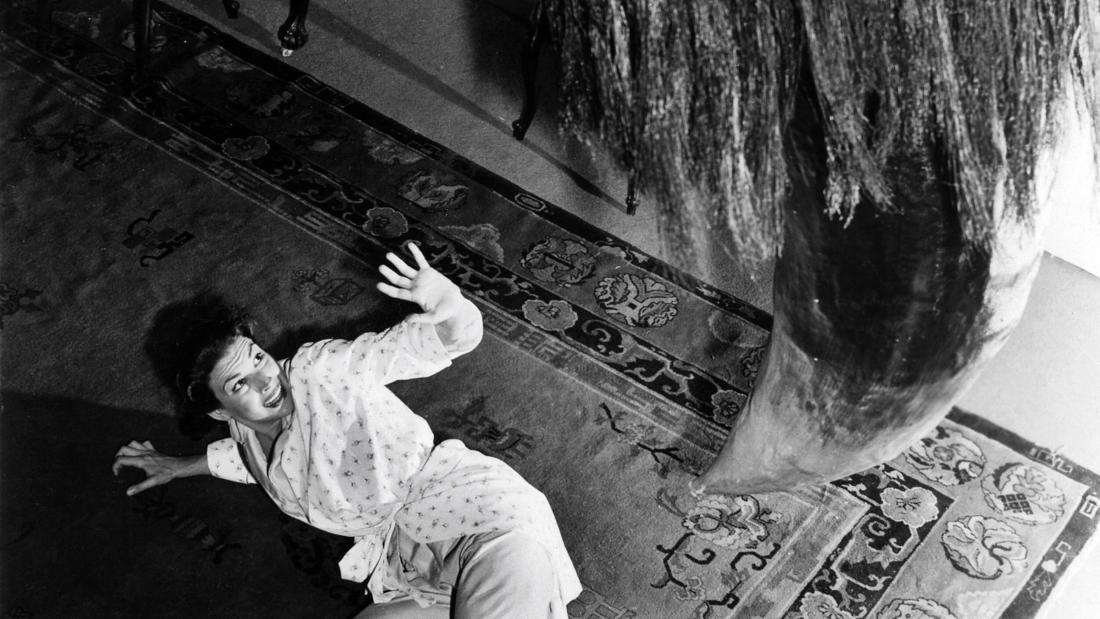 Tarantula— Spider silk: An ancient biomaterial for the future

What does a giant cult-horror/sci-fi spider have to do with cutting edge science? In this virtual discussion, Justin Jones, director of the spider silk laboratory at the Utah Science, Technology, and Research Initiative BioInnovations Center reveals the surprising strengths (literally and figuratively) of spider webbing, a biomaterial with gargantuan potential.

When a scientist tests an experimental growth serum on his lab tarantula, the creature escapes into the desert and grows to gargantuan size, destroying all in its path. Can it be stopped?

"Leo G. Carroll was over a barrel
When Tarantula took to the hills"

Near a small Arizonan town, Professor Gerald Deemer (Leo G. Carroll), suspecting burgeoning global food shortage problems due to an increasing world population, has been attempting to develop a serum which people can feed off exclusively. Alas, when trying it on rats, rabbits and a tarantula, all it does is cause them to grow to enormous proportions, and when humans take it, it causes them to develop acromegaly, go mad, and die. Deemer's two lab assistants take the serum when he is gone one day, causing one to die, and the other to go mad and attack Deemer, injecting him with the serum himself. During their fight, the cage of the tarantula, which is already about the size of a large dog, is shattered, and it escapes into the desert. Shortly afterwards, local doctor Matt Hastings (John Agar) brings in Deemer's new assistant Stephanie "Steve" Clayton (B-Movie scream queen Mara Corday). As Deemer's condition deteriorates due to the serum, Hastings romances Clayton. But then the livestock of local farmers start turning up dead. The escaped tarantula, sure enough, has grown to even bigger proportions; now those of a large building. It is now up to Deemer, Hastings, Clayton and the local sheriff to stop it.

The film is honestly one of the better 1950s B giant monster movies. While it could potentially have been a narm-fest characterized by a cheap stop-motion puppet, like The Giant Claw, instead the special effects, though dated today, were actually pretty fair for their day.

Among other things, the film is notable for the appearance of a 25-year-old Clint Eastwood in an uncredited role as a fighter pilot at the end of the film. --TV Tropes