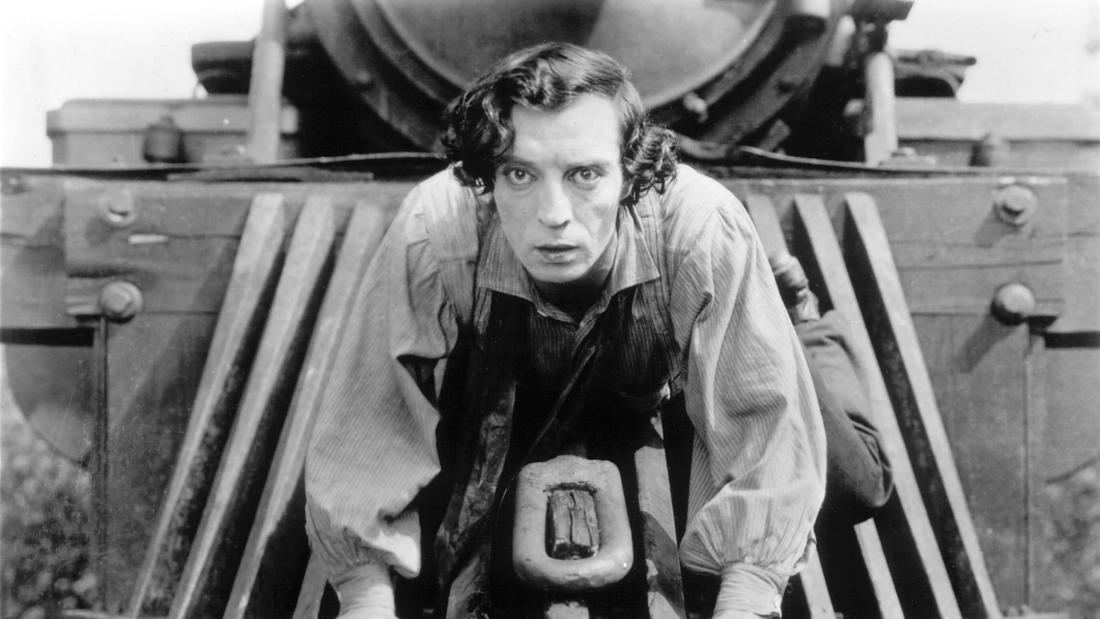 Buster Keaton plays Johnny Gray, a Southern railroad engineer who loves his train engine, The General, almost as much as he loves Annabelle Lee (Marion Mack). When the opening shots of the Civil War are fired at Fort Sumter, Johnny tries to enlist—and is deemed too useful as an engineer to be a soldier. All Johnny knows is that he's been rejected, and Annabelle, thinking him a coward, turns her back on him. When Northern spies steal the General (and, unwittingly, Annabelle), the story switches from drama and romance to adventure mixed with Keaton's trademark deadpan humor as he uses every means possible to catch up to the General, thwart the Yankees, and rescue his darling Annabelle—for starters. As always, Keaton performs his own stunts, combining his prodigious dexterity, impeccable comic timing, and expressive body language to convey more emotion than the stars of any of the talkies that were soon to dominate cinema. ~ Emru Townsend, Rovi

Before coming to work at Ohio University in 2012, Timothy Cyders held various engineering positions in engineering testing, manufacturing, and machine design for companies such as Dana Corporation and General Electric’s Consumer and Industrial division. He started his first business in 2008, and has done consulting work in design and manufacturing optimization for various industries since. He teaches courses focused on mechanical design, design process, and materials. Dr. Cyders is also an assistant director at the Center for Advanced Materials Processing. His research is split between engineering education and advanced materials testing, manufacturing, and performance, with a specific focus on metals.