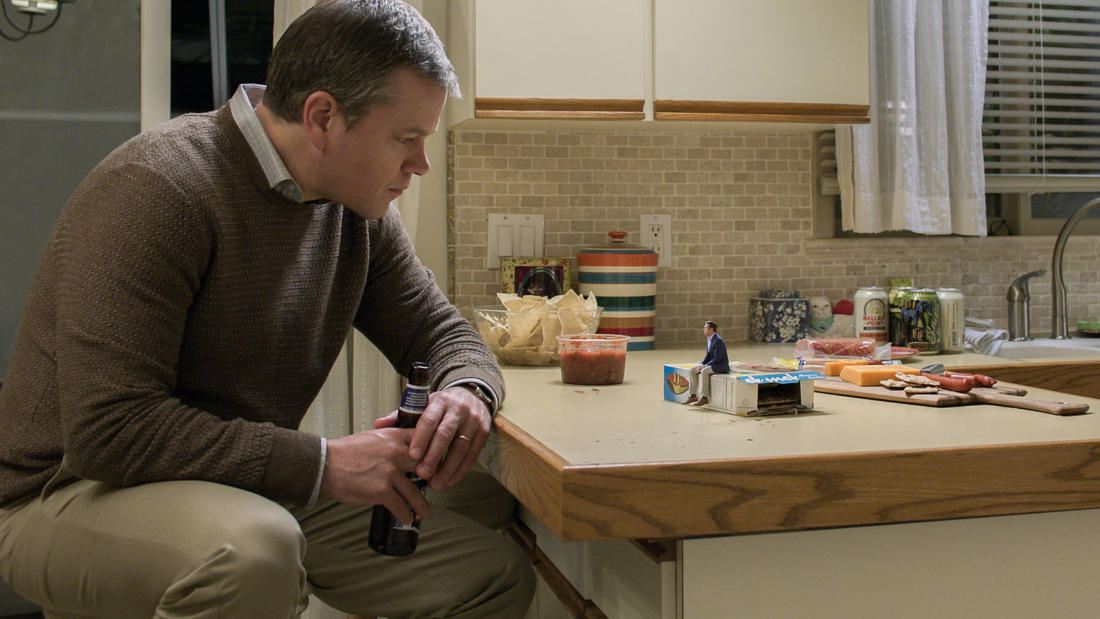 The desperate state of the planet has caused scientists to consider human engineering in order to mitigate the effects of climate change. Co-writer Jim Taylor (Sideways) discusses the science and philosophy behind Downsizing with NYU's Director of Bioethics S. Matthew Liao, a conversation moderated by Mount Sinai neuroscientist Heather Berlin.

When scientists discover how to shrink humans to five inches tall as a solution to overpopulation, Paul and Audrey decide to abandon their stressed lives, get small, and move to a luxurious new downsized community—a choice that triggers life-changing adventures.

The speculative new Alexander Payne film Downsizing is premised on a fascinating and plausible scientific theory: if people were five inches tall, the world's resources would go a long way. In the film, scientists have discovered how to shrink people in order to address over-population and help save the planet. Paul (Matt Damon) and his wife Audrey (Kristen Wiig) decide to downsize in order to afford the kind of lifestyle they crave. But Paul finds that getting small forces him to think bigger.

Jim Taylor is a writer and producer who has collaborated with Alexander Payne to write Election, About Schmidt, and Sideways. Taylor has won an Academy Award, two Golden Globes, and two Writers Guild Awards. His production company Ad Hominem has produced features such as The Descendants, Cedar Rapids, and Downsizing, which Taylor also co-wrote.

S. Matthew Liao is Director of of the Center for Bioethics and Professor of Philosophy at New York University. He studies ethical issues arising out of medical technologies, pharmaceuticals, and technology and privacy. He has written four books and is Editor-in-Chief of the Journal of Moral Philosophy.

Heather Berlin is a cognitive neuroscientist and psychiatry professor at the Icahn School of Medicine at Mount Sinai focusing on the neural basis of impulsive and compulsive disorders and possible treatments. Dr. Berlin co-hosts Startalk All-Stars with Neil DeGrasse Tyson. She co-wrote and stars in the acclaimed Off-Broadway show Off The Top about the neuroscience of improvisation.