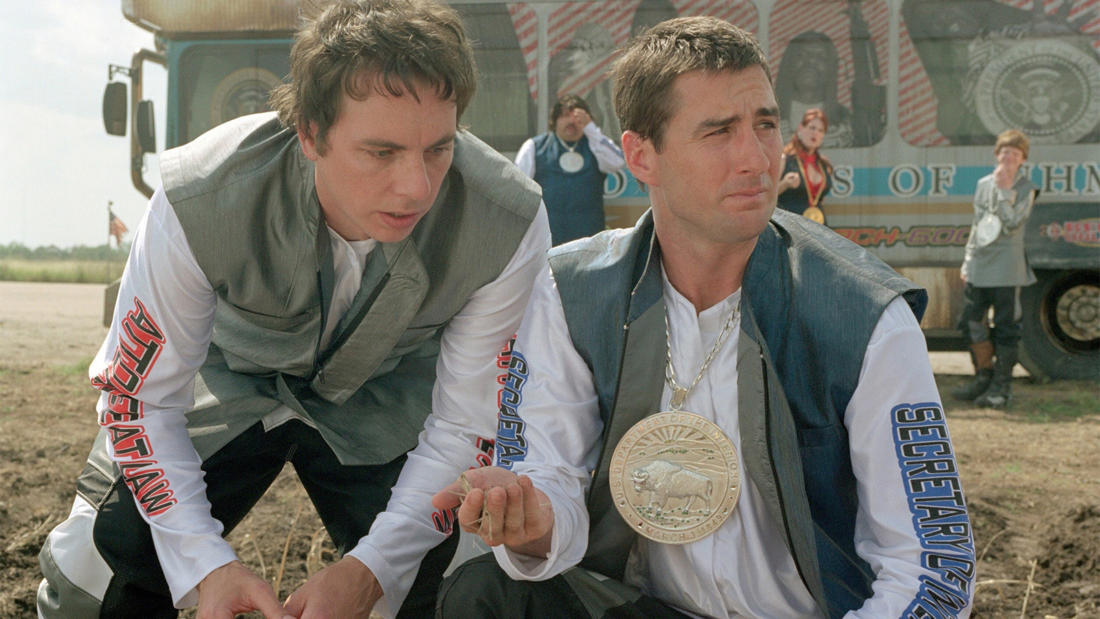 An exploration of how evolution by natural selection could produce a human race of idiots, featuring some of Dr. Molly Morris’s current research on how mate preferences are important in evolution, as well as her hypotheses on why the human brain has been getting smaller over the past 20,000 years.

Private Joe Bauers, the definition of "average American," is selected by the Pentagon to be the guinea pig for a top-secret hibernation program. Forgotten, he awakes five centuries in the future, and discovers a society so incredibly dumbed down that he's easily the most intelligent person alive.

In 2005, average-in-every-way Private Joe Bowers (Luke Wilson) is selected to take part in a secret military experiment to put him in hibernation for a year along with a woman named Rita (Maya Rudolph). The slumbering duo is forgotten when the base they are stored on is closed down, and the two are left in stasis until 2505. When they finally wake up, they discover the average intelligence of humans has decreased so much that Joe is now the smartest man in the world. From writer-director Mike Judge comes a vision of the future that traces the degeneration of society, as anti-intellectualism and base greed become the exponentially dominant genes in future generations.

Dr. Molly Morris is a professor of evolutionary biology at Ohio University. Her research interests include sexual selection, the evolution of alternative reproductive tactics, and the evolution of communication in aggressive interactions.