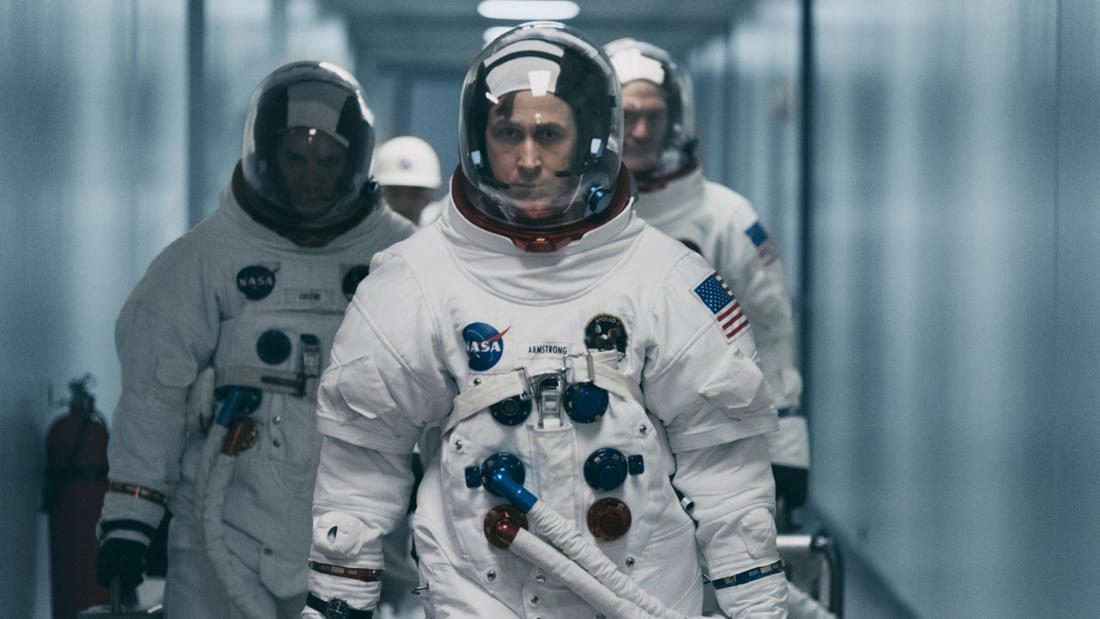 A look at the life of the astronaut Neil Armstrong and the legendary space mission that led him to become the first man to walk on the moon on July 20, 1969.

Hoping to reach the moon by the end of the decade, NASA plans a series of extremely dangerous, unprecedented missions in the early 1960s. Engineer Neil Armstrong (Ryan Gosling) joins the space program, spending years in training and risking his life during test flights. On July 16, 1969, the nation and world watch in wonder as Armstrong and fellow astronauts Buzz Aldrin (Corey Stoll) and Michael Collins (Lukas Haas) embark on the historic Apollo 11 spaceflight

Mark P. "Forger" Stucky is an accomplished aviator with experience in military, commercial, and experimental flight.