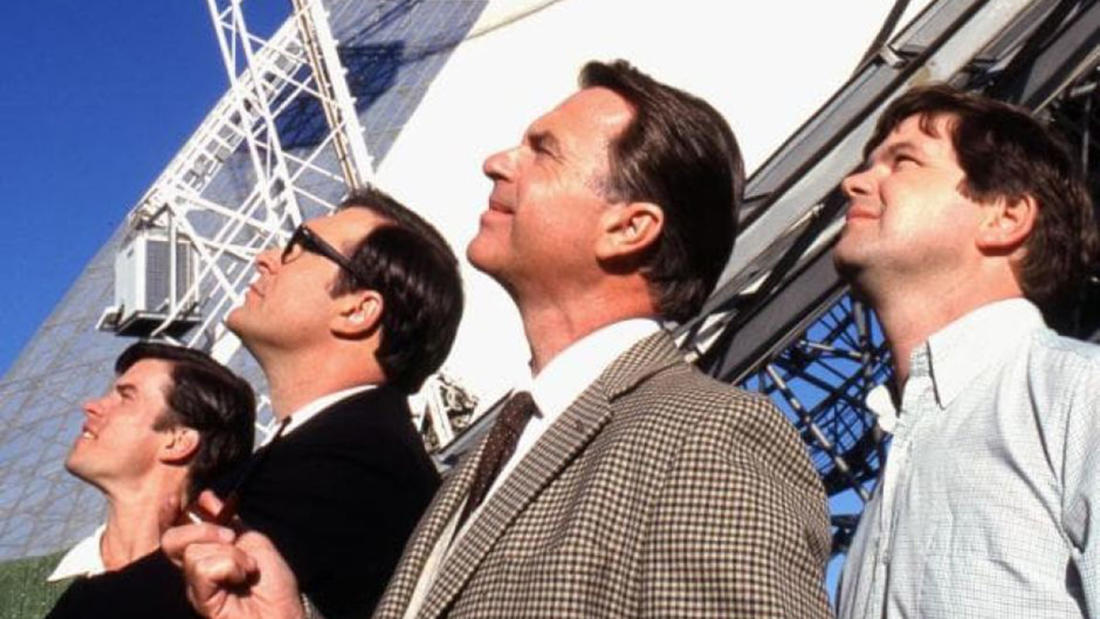 Research Scientist at RIKEN in Japan

Yao-Lun Yang discusses his research to understand the organic molecules in newly born stars (protostars) and how he makes observations from some of the world’s most advanced telescopes to study them. He will include stories of his observational experiences using telescopes around the world, and he will also introduce the James Webb Space Telescope and talk about its significance as a milestone for both scientific and engineering endeavors and how it will revolutionize his research.

The true story of a group of eccentric scientists who are responsible for manning a satellite dish inauspiciously located on a remote Australian sheep farm. Much to NASA's alarm, the unconventional Aussie team -- led by Cliff Buxton (Sam Neill) -- are the world's only hope for receiving the historic images of man's first steps on the moon. With help from the colorful cast of local characters, the crew struggles to overcome a series of mishaps.

Yao-Lun Yang is a research scientist at RIKEN in Japan. From 2020-2022, he worked at the University of Virginia as a postdoctoral researcher after getting his Ph.D. at the University of Texas at Austin in 2019. He conducts observations to study how stars, like our Sun, form, especially on whether organic matters, like alcohol, emerge and get incorporated into the forming protoplanetary systems. Most of his observations are in infrared and radio wavelengths using the Very Large Array in New Mexico and the James Webb Space Telescope that was launched last Christmas. He particularly pays attention to the unique signatures of different molecular species in the gas and ice phases and tries to understand the chemical evolution of early stage star formation.