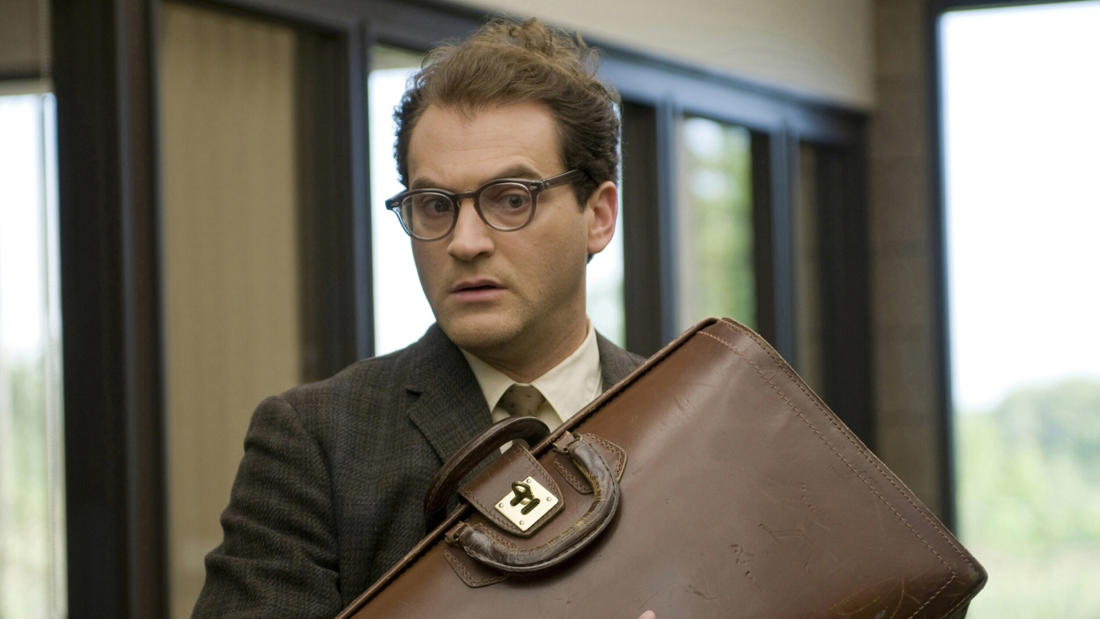 A Serious Man— Physics and epistemology

Larry Gopnik, a Midwestern physics teacher, watches his life unravel over multiple sudden incidents. Though seeking meaning and answers amidst his turmoils, he seems to keep sinking.

Larry Gopnik (Michael Stuhlbarg) is a physics professor at a 1960s university, but his life is coming apart at the seams. His wife (Sari Lennick) is leaving him, his jobless brother (Richard Kind) has moved in, and someone is trying to sabotage his chances for tenure. Larry seeks advice from three different rabbis, but whether anyone can help him overcome his many afflictions remains to be seen.

Jacob Barandes is a theoretical physicist and philosopher of science at Harvard University. He did his undergraduate work at Columbia University in physics and mathematics, and then completed his PhD in theoretical physics at Harvard. Dr. Barandes currently serves as Lecturer and Co-Director of Graduate Studies for the physics PhD program at Harvard, where he teaches courses on the fundamentals of theoretical physics, classical electromagnetism, general relativity, and the history and philosophy of quantum mechanics. He is also a Faculty Affiliate of the Harvard Black Hole Initiative. His research publications span the foundations of quantum theory, philosophy of science, and quantum field theory. Dr. Barandes also organizes an international workshop series on physics and philosophy.