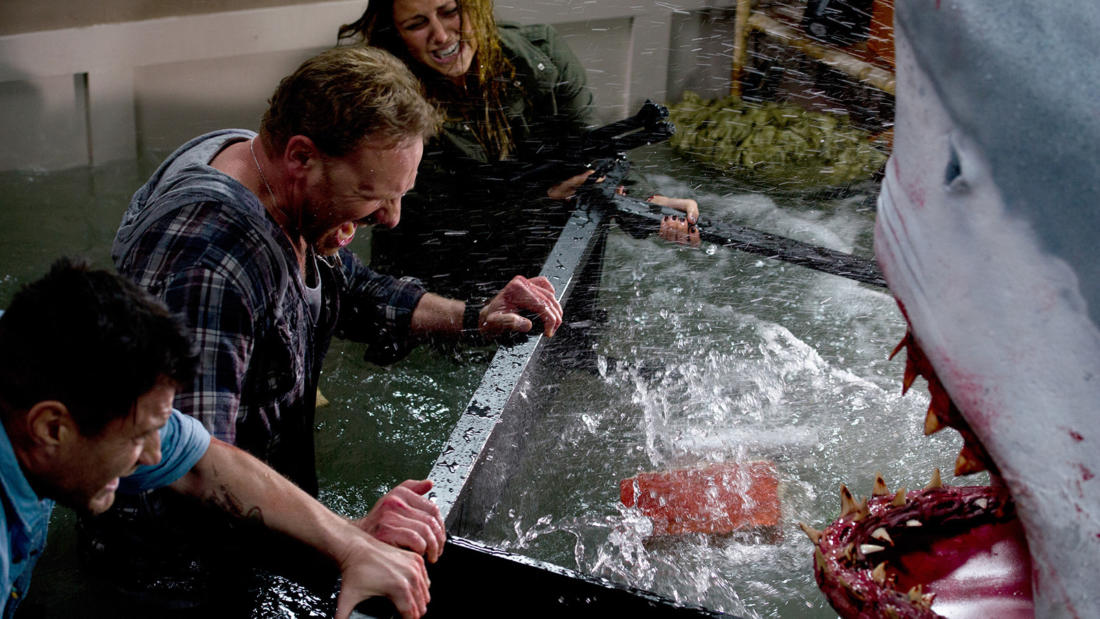 In this unpredictable onstage exchange, J.J. engages in a full-on “sharkapalooza” of aquatic inquiry, exploring such questions as “Why are humans so scared of sharks?’ to “How long could a real shark last out of the water (and would it bother eating someone during those moments)?” and ”What kills more people per year, sharks or bad weather?”

In the film that started a global phenomenon, a freak cyclone scoops up sharks from the ocean and carries them into the path of landlubber L.A. residents. Believe it or not, the idea is sound. There really is a thing called “animal rain,” in which “tornadic waterspouts” pick up small animals and carry them through the air for several miles. Just ask the folks of Texacana, Texas, who were pelted with falling fish in January of this year.

Author of The Chowderhead Crusades and other works of speculative fiction, J.J. is a writer who specializes in taking common occurrences and pushing them to wild extremes.