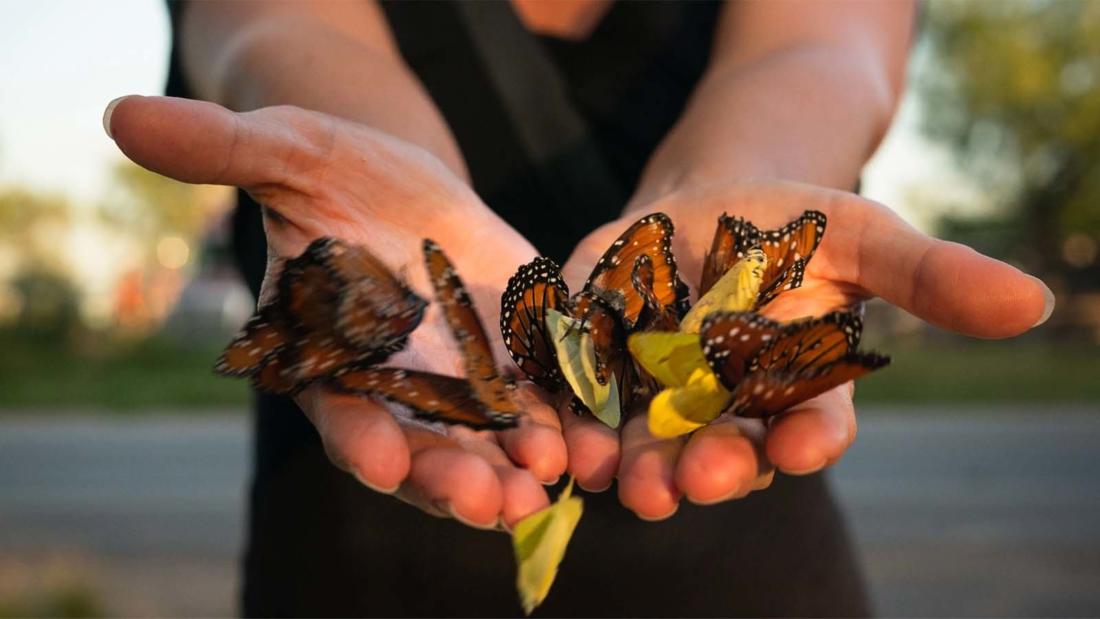 Ay Mariposa— Butterflies on the border

A pre-film discussion with local environmental experts is followed by a virtual introduction by Marianna Trevino Wright—Executive Director of the National Butterfly Center in Mission, TX, who also appears in the film—addressing the massive impact of border wall construction on wild butterfly habitats of the U.S./Mexico border regions.

Two women and a rare community of butterflies stand on the front lines in a battle against the US-Mexico border wall.

Ay Mariposa tells a story of three characters in the Lower Rio Grande Valley of Texas whose lives are upended by plans to build a US-Mexico border wall. As the director of the National Butterfly Center, Marianna Trevino Wright has become a leader of wall resistance in the Valley, a position that has resulted in violent threats from pro-wall factions and an emotional odyssey as she tries to navigate the ever-shifting sands of border policy. Zulema Hernandez, a life-long migrant worker, immigrant and great grandmother, has been a dedicated advocate for all migrants, both wild and human-kind. Meanwhile the butterfly, la mariposa, fights its own daily battle for survival in a landscape where more than 95 percent of its habitat is long gone and much of what remains lies directly in the path of the wall.