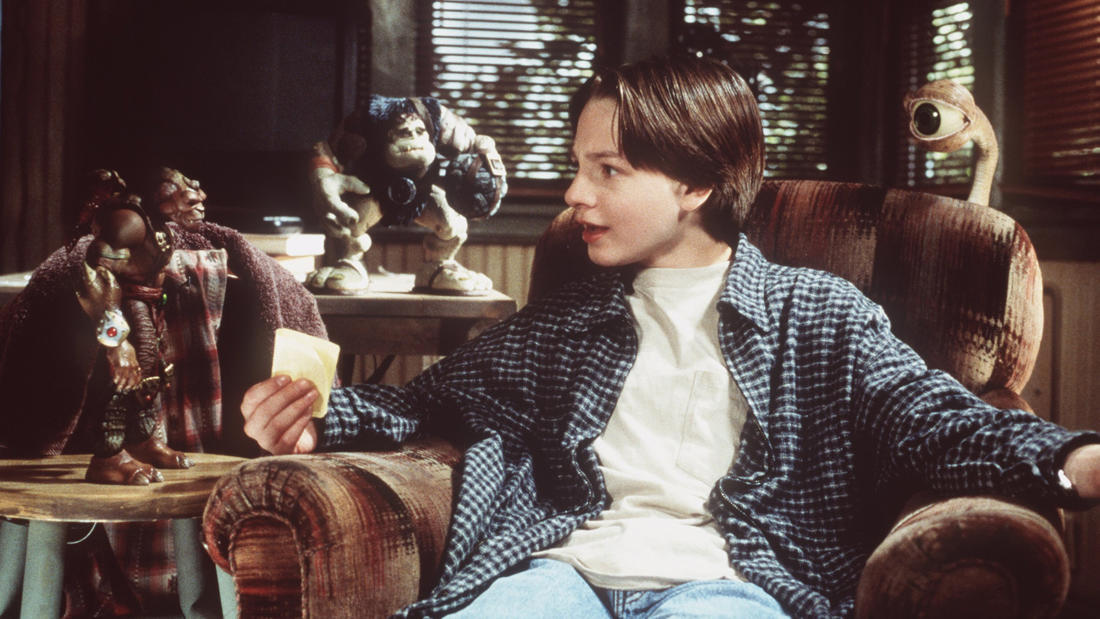 Small Soldiers— Beyond the blue and pink: Gender division in toys

Sociologist Dr. Elizabeth Sweet, discusses changes in the gender marketing and stereotyping of children’s toys over time to understand how gendered toys relate to larger issues of gender inequality.

When missile technology is used to enhance toy action figures, the toys soon begin to take their battle programming too seriously.

When teenager Alan (Gregory Smith) buys a set of Commando Elite action figures, he's unaware that they have been programmed with military technology. The toys, including leader Chip (Tommy Lee Jones), spring to life and start taking their directives seriously, beginning by "killing" their enemies, the toy Gorgonites. But Archer (Frank Langella) and the Gorgonites won't go down without a fight. Alan gets caught in the middle of the war, as does his neighbor and crush, Christy (Kirsten Dunst). — Rotten Tomatoes

Dr. Elizabeth Sweet is a sociologist who is interested in the relationship between cultural beliefs and social inequalities. Her current research examines changes in the gender marketing and stereotyping of children’s toys over time to understand how gendered toys relate to larger issues of gender inequality. She has written on the topic of gender and toys for The Atlantic and the New York Times, and her work has been featured in many national and international press outlets. In 2016, Dr. Sweet presented at a White House conference on gender and children’s toys, and her research has also informed recent public policy debates in California and in Australia. Dr. Sweet received her B.A. in sociology with top honors from Oregon State University and she earned her M.A. and Ph.D. in sociology at the University of California, Davis. She is currently an Assistant Professor in the Department of Sociology and Interdisciplinary Social Sciences at San Jose State University.