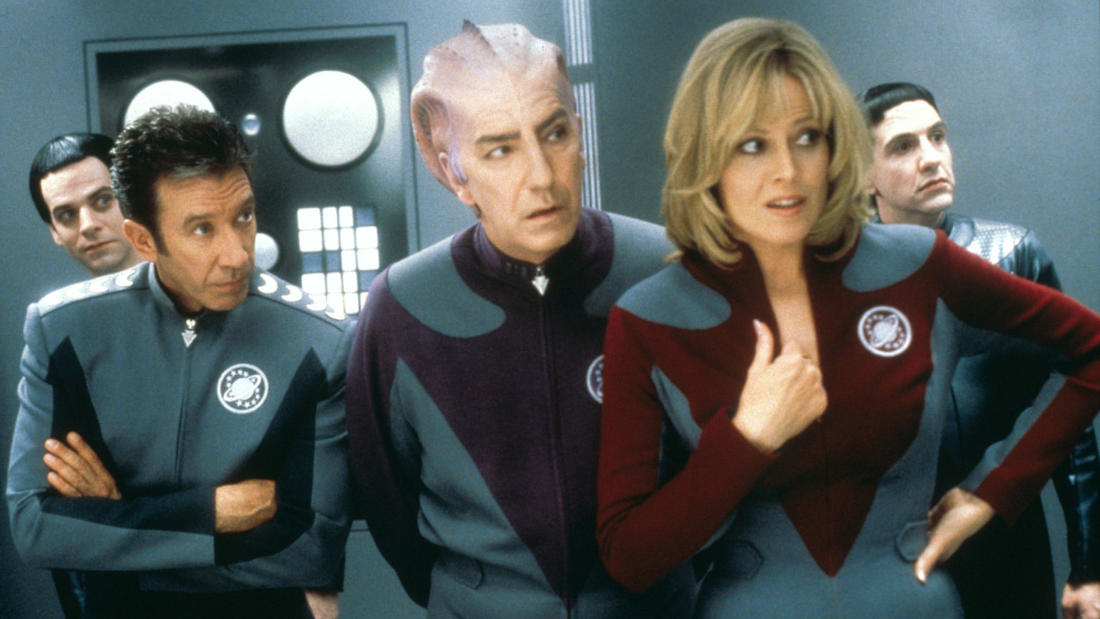 The universe is a wild and wonderful place, and things aren’t always as we expect them to be. Travel beyond our own planet can help us find answers to fundamental questions, and sometimes the smallest things hold the keys. At this outdoor event, planetary scientist Zibi Turtle explains what planetary exploration has taught us about what makes a planet suitable to host life, and how missions like Europa Clipper and Dragonfly could help us understand the habitability of worlds in the outer Solar System.

The beloved cast of a Star Trek-esque series reunites years after the finale and is recruited to fight intergalactic invaders by a race of aliens who mistook the show for a documentary.

The stars of a 1970s sci-fi show—now scraping together a living through re-runs and sci-fi conventions—are beamed aboard an alien spacecraft. Believing the cast's heroic on-screen dramas are historical documents of real-life adventures, the band of aliens turn to the ailing celebrities for help in their quest to overcome the oppressive regime in their solar system.

Elizabeth “Zibi” Turtle is a planetary scientist at the Johns Hopkins Applied Physics Lab (APL). She earned her undergraduate degree in physics from the Massachusetts Institute of Technology in 1989. After earning her Ph.D. in planetary science from the University of Arizona in 1998, Turtle worked at the university in the Department of Planetary Sciences and at the Planetary Science Institute in Tucson, Arizona. She joined the Applied Physics Laboratory in Laurel, Maryland in 2006. Turtle was an associate of the imaging team on the Galileo mission, an associate of the imaging and RADAR teams on the Cassini mission, and a co-investigator of the camera on board the Lunar Reconnaissance Orbiter spacecraft. She is the Principal Investigator of NASA’s Dragonfly New Frontiers Mission to Titan and the Principal Investigator of the Europa Imaging System for the Europa Clipper mission. She has co-authored many scholarly articles about planetary impact features, surface and atmospheric processes, and planetary imaging and mapping.