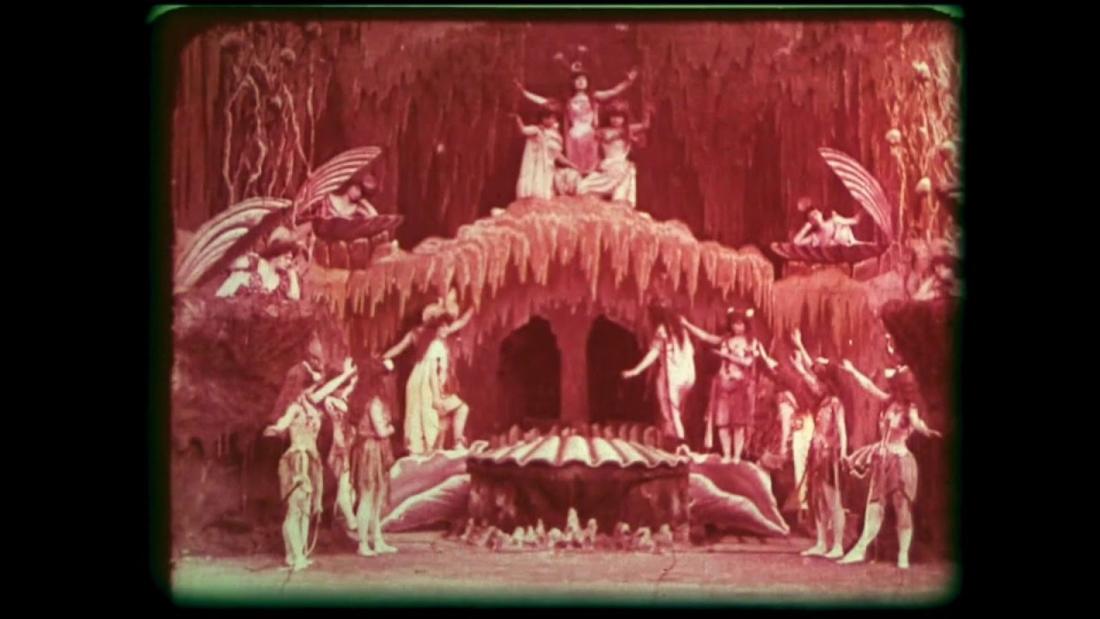 Down in the Deep— Sci-lent cinema: The science of celluloid

A pearl fisherman meets the Queen of the Deep at the bottom of the ocean in this silent fantasy from 1907.

Entranced by a beckoning women, a pearl fisherman dives into the ocean, encountering numerous sea creatures, and a giant clam, which opens to reveal the Queen of the Deep who entertains our hero before transporting him home with pearl treasures inside the giant shell.

Jennifer Fay is associate professor of film and English at Vanderbilt University. She specializes in American and continental film theory and history, ecological criticism, and the political economy of cinema. She is author of Theaters of Occupation: Hollywood and the Reeducation of Postwar Germany and Inhospitable World: Cinema in the Time of the Anthropocene, as well as the co-author of Film Noir: Hard-Boiled Modernity and the Cultures of Globalization.