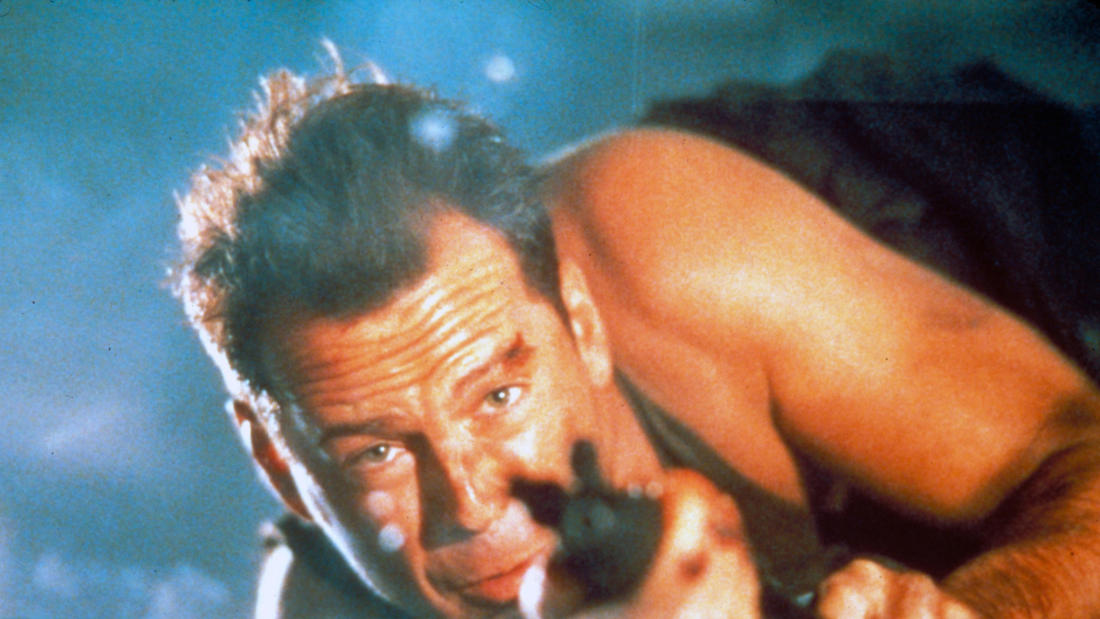 What happens to a body that falls 30 stories? Do bullets shatter windows? If you walk across a room of glass shards, how long until you bleed out? University of Nebraska Medical Center's Kacie Baum addresses these and other technical questions raised by John McTiernan's action masterpiece.

NYPD officer John McClane tries to save his wife and several others who are being held hostage by German terrorist Hans Gruber during a Christmas party at the Nakatomi Plaza in Los Angeles.

It's Christmas time in Los Angeles, and there's an employee party in progress on the 30th floor of the Nakatomi Corporation building. The festivities come to a violent end when the partygoers are taken hostage by a group of terrorists headed by the ruthless Hans Gruber (Alan Rickman). Meanwhile, New York City cop John McClane (Bruce Willis) has come to LA to visit his estranged wife, Holly (Bonnie Bedelia), who happens to be one of the hostages. Unable to escape and with no immediate police response, McClane is forced to take matters into his own hands. This iconic film turned Bruce Willis into an action star, and has been named one of the best action movies ever made.