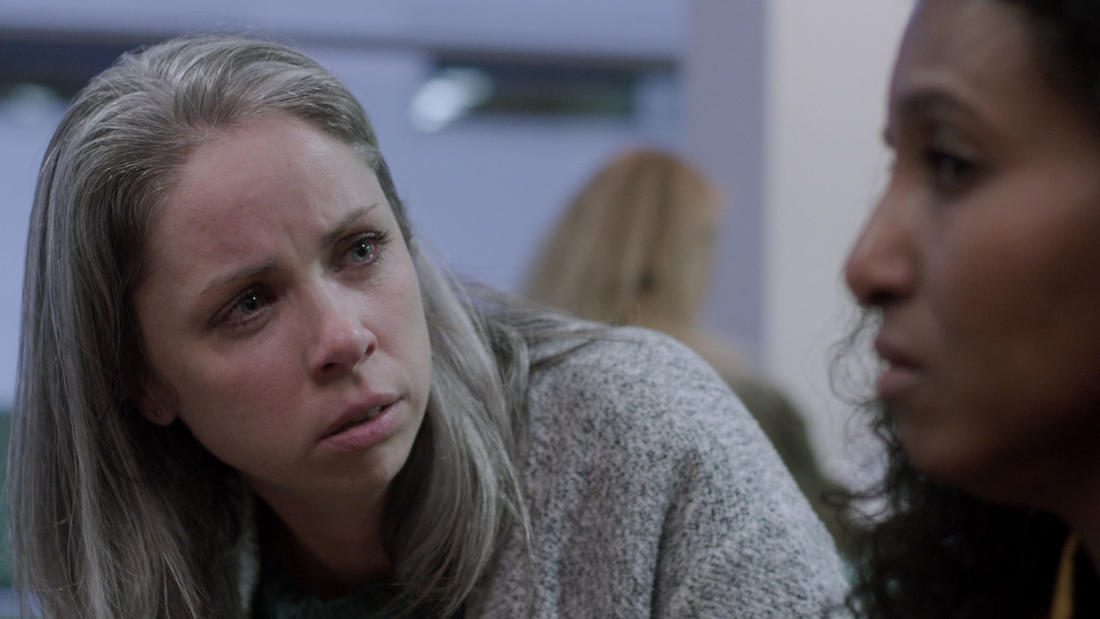 Director of Student Affairs, Pennsylvania School for the Deaf

Melissa Draganac-Hawk, director of student affairs at the Pennsylvania School for the Deaf, moderates a discussion after the films. For Deaf, Hard-of-Hearing, and hearing audiences alike, the program features ASL and spoken English interpretation.

A collection of short films made by and/or starring Deaf artists, exploring the spectrum of communication and expression.

Using comedy, romance, drama, and performance, this collection of short films made by and/or starring Deaf artists explores the spectrum of communication and expression.

Sign: A Silent Film (USA, 2016)
d. Andrew Keenan-Bolger
Full of dialogue but without a word spoken aloud, this film uses sign language, music, and visual imagery to tell the story of the relationship between Ben, a hearing man, and Aaron, who is Deaf.

Sounds Like Us (USA, 2014)
d. Laci Dent
A Deaf man and his hearing partner celebrate an intimate birthday together in this romantic short.

Silent Moves (The Netherlands, 2014)
d. Marieke Helmus
What does it mean to dance without music? This documentary follows five Deaf performers as they prepare for their modern dance performance Moving Lights.

To Know Him (UK, 2018)
d. Ted Evans
After the sudden death of her husband, a Deaf woman must track down his long-estranged hearing father in order to lay her beloved to rest.

Melissa Draganac-Hawk, a first-generation American of deaf immigrant Peruvian parents, received a master’s degree in Linguistics and two bachelor’s degrees in Theater Production & Performance and American Sign Language from Gallaudet University. Currently, she is the director of student affairs at the Pennsylvania School for the Deaf.

Involved in the deaf community, Melissa was the president of the National Council of Hispano Deaf and Hard of Hearing, and was the Executive Director of Deaf Women United. Melissa has been involved with the NAD throughout her life in various capacities: as a youth, she participated in the Junior NAD and the Youth Leadership Camp, and as an adult she directed the Miss Deaf America Finals in 2002 and 2008. She has been a National Association of the Deaf member since 1988, focusing on issues affecting youth and diversity.