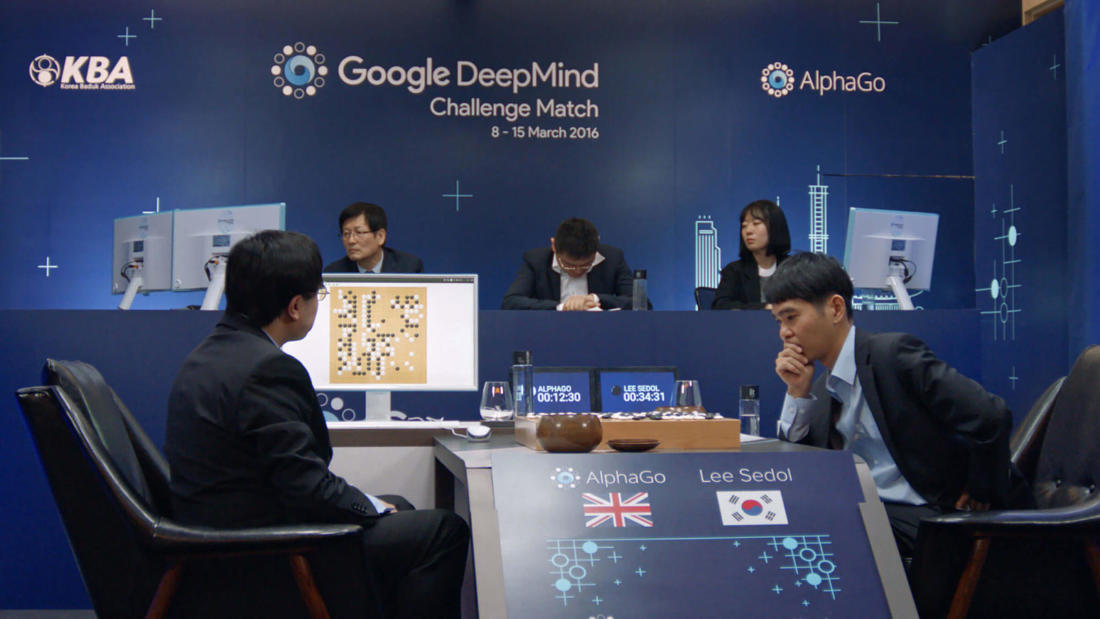 A journey from the halls of Cambridge to Seoul, where a legendary Go master faces an unproven AI challenger.

With more board configurations than there are atoms in the universe, the ancient Chinese game of Go has long been considered a grand challenge for artificial intelligence. On March 9, 2016, the worlds of Go and artificial intelligence collided in South Korea for an extraordinary best-of-five-game competition, coined The DeepMind Challenge Match. Hundreds of millions of people around the world watched as a legendary Go master took on an unproven AI challenger for the first time in history.

Directed by Greg Kohs with an original score by Academy Award nominee, Hauschka, AlphaGo chronicles a journey from the halls of Oxford, through the backstreets of Bordeaux, past the coding terminals of Google DeepMind in London, and ultimately, to the seven-day tournament in Seoul. As the drama unfolds, more questions emerge: What can artificial intelligence reveal about a 3000-year-old game? What can it teach us about humanity?

Dr. Benjamin Bengfort is a data scientist at PingThings, Inc. in Washington, DC, where he spends his days applying deep neural learning to synchrophasor sensor data in an effort to improve the efficiency and safety of the electric grid. On nights and weekends he can be found working on Yellowbrick — an open source Python package for machine learning diagnostics and interpretation. He's also the author of several books on machine learning, including "Applied Text Analysis in Python" and "Data Analytics with Hadoop." Dr. Bengfort earned his PhD in Computer Science from the University of Maryland and is also adjunct faculty at Georgetown University, where he teaches new data scientists how to integrate machine learning into their work. If he can sneak away from his computer and the classroom for a few hours, you're likely to find him in his woodshop or manning the smoker at the neighborhood barbecue (where he'd stake his brisket against an AI any day).