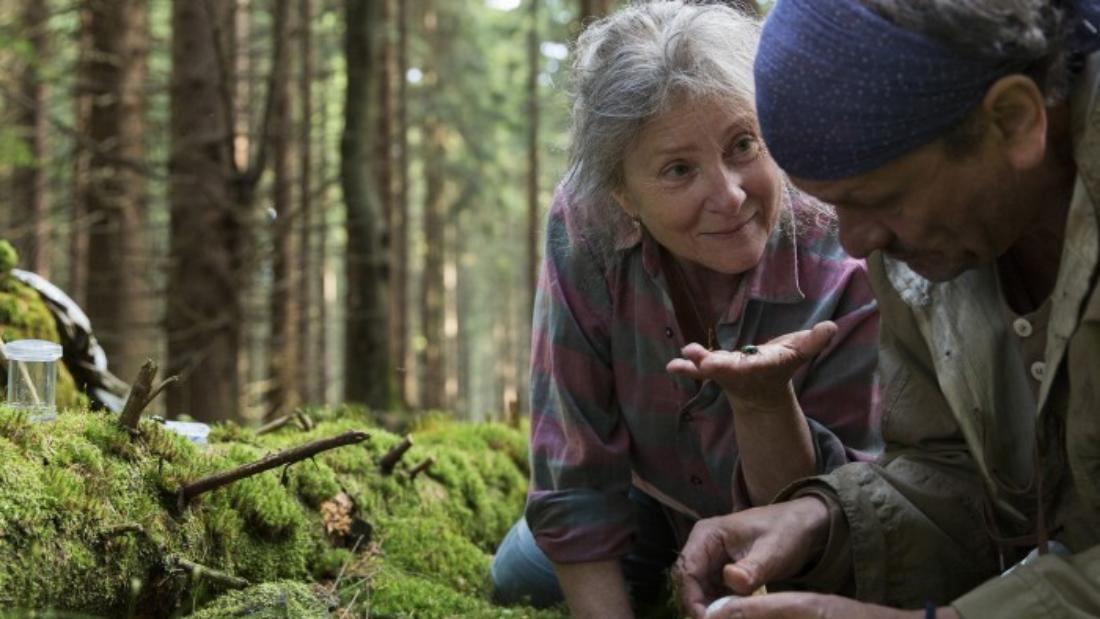 This special screening of Spoor, the first in the U.S. outside of a film festival, is accompanied by a discussion about the relationship of humans to animals, with environmental scientist Eyal Frank and film critic Amy Taubin.

An animal-rights activist gets mixed up in a mystery when avid hunters in her mountain village begin turning up dead, with animal tracks next to their bodies. Have the hunted become the hunters?

A retired civil engineer who loves her dogs like children is repulsed by the hunters running her home village on the Czech-Polish border. One day, her beloved dogs disappear. Shortly after, a local poacher is found dead. Deer tracks—spoor—lead from his body into the forest. Renowned Polish filmmaker Agnieszka Holland’s (The Secret Garden, Europa Europa) latest film, SPOOR won a Silver Bear when it premiered at the 2017 Berlin Film Festival and received a special citation from the National Society of Film Critics for a film awaiting American distribution. “Holland has woven a genre mosaic that is at once a phantasmagorical murder mystery, a tender late-blooming love story, and a resistance and rescue thriller,” wrote Amy Taubin in Film Comment. In Polish with English subtitles.

Eyal Frank specializes in biodiversity losses and sustainable development. He is a postdoctoral scholar at Princeton University and will begin a professorship at the Harris School of Public Policy at the University of Chicago in July 2018. Frank has taught human ecology and environmental science at Columbia University, and in the Economics Department at the Hebrew University of Jerusalem.

Amy Taubin is a film and culture critic, educator, performer, and filmmaker. She is a contributing editor of Artforum and Film Comment. She is faculty at the School of Visual Arts in the Art History and Photography and Video departments. Taubin is the past curator of video and film at The Kitchen. She has written for The Village Voice, The New York Times, and the Brooklyn Rail, to name a few.