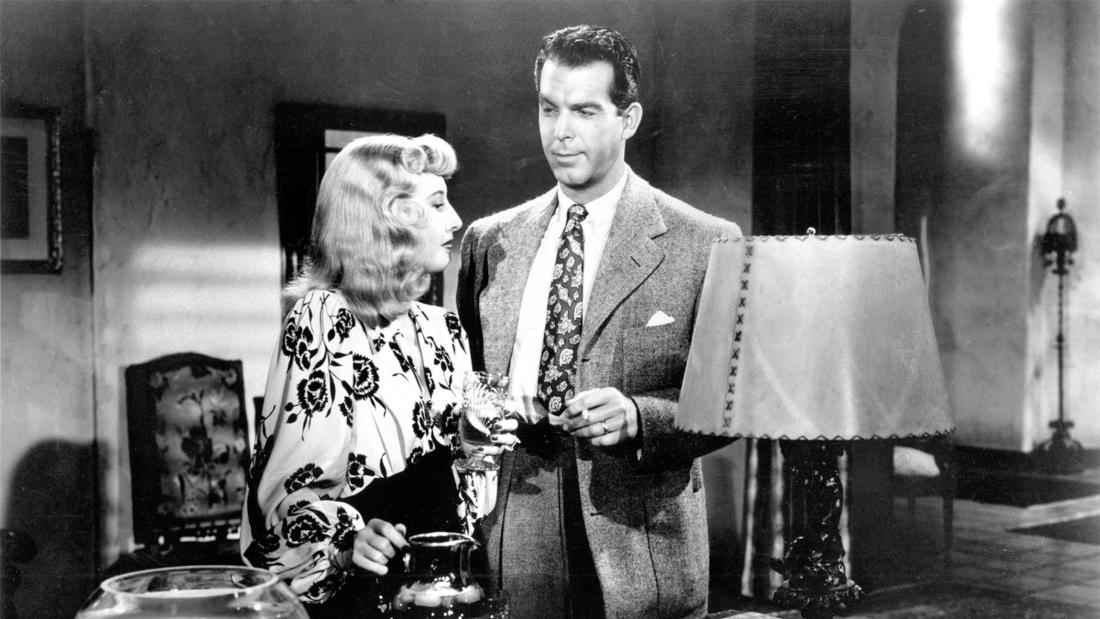 Insurance may not seem like an action-packed field, but countless big-screen murders have been committed in the hopes of big insurance payoffs. Actuarial scientists Lois K. Horwitz and Hal Tepfer talk about the math and science actuaries use in forecasting theory to evaluate the likelihood of unfortunate events occurring.

An insurance representative lets himself be talked into a murder/insurance fraud scheme that arouses an insurance investigator's suspicions.

Insurance salesman Walter Neff (Fred MacMurray) gets drawn into a deadly scheme when he falls for the seductive Phyllis Dietrichson (Barbara Stanwyck), who is intent on murdering her husband (Tom Powers) and living off the fraudulent accidental death claim. Walter then devises a plan to receive twice the amount, based on the double indemnity clause. Prompted by the late Mr. Dietrichson's daughter, Lola (Jean Heather), insurance investigator Barton Keyes (Edward G. Robinson) looks into the case, and gradually begins to uncover the sinister truth. Directed by Billy Wilder, this classic film noir received seven Academy Award nominations.

Lois K. Horwitz, FSA, MAAA is associate professor of actuarial science and chair of the Actuarial Science Department at Boston University's Metropolitan College. Professor Horwitz’s extensive experience in actuarial science includes over twenty-five years in life insurance product development, product management, and financial reporting for John Hancock Financial Services and New England Financial Services/MET Life. She has served as a mentor to graduate students from several universities; she is also a fellow of the Society of Actuaries and a member of the American Academy of Actuaries.

Hal Tepfer is a fellow of the Society of Actuaries, an enrolled actuary, and a member of several other actuarial organizations. He is currently one of nine actuaries in the United States serving on the Internal Revenue Services’ Joint Board of Enrolled Actuaries’ Advisory Committee. He provides actuarial and consulting services for union pension and medical plans. Hal has spoken on a variety of actuarial topics at meetings of professional organization and company sponsored seminars and has written on benefit topics in a variety of publications. He has a reputation for making complex actuarial topics easy to understand. Hal has been teaching actuarial topics to graduate students in Boston University’s Actuarial Science department for over 20 years and is a recipient of the Roger Deveau Part-Time Faculty Award for Excellence in Teaching.