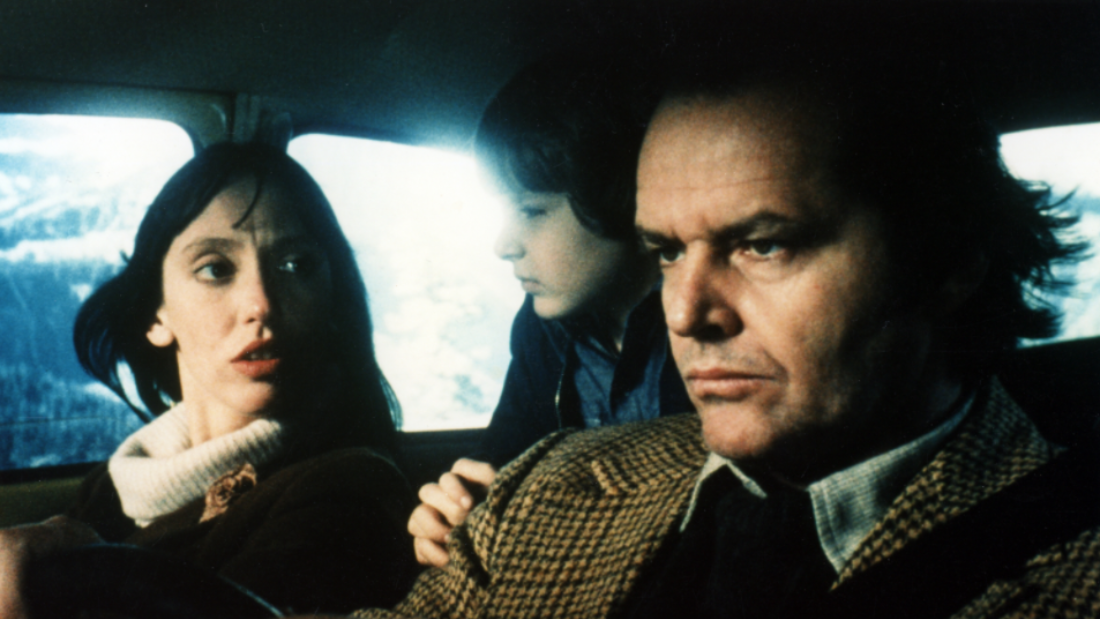 The Shining— The Psychology of Fear

A discussion of the different forms of threat people can face (e.g., being in an isolated environment, feeling one's physical safety and/or resources are in jeopardy), and their psychological consequences. Part of the 2017 National Evening of Science on Screen.

A family heads to an isolated hotel for the winter where an evil presence slowly drives the father insane.

Based on the novel by Stephen King, Stanley Kubrick's horror classic tells the story of Jack Torrance (Jack Nicholson), an aspiring writer and recovering alcoholic who accepts a position as the off-season caretaker at the isolated Overlook Hotel. His family accompanies him on the job, including his his wife Wendy (Shelley Duvall) and his young son Danny Torrance (Danny Lloyd), who possesses "the shining," an array of psychic abilities that allow him to see the hotel's horrific past. After a winter storm leaves them snowbound, the supernatural forces inhabiting the hotel influence Jack's sanity, leaving his wife and son in incredible danger.

Dr. Kimberly Rios is an associate professor and director of experimental training in the Department of Psychology at Ohio University. Her work focuses on people’s responses to threats to their self-concepts, interpersonal relationships, or group identities. Examples of such threats include being uncertain about oneself or one’s attitudes, being socially excluded, and perceiving an outgroup to threaten the ingroup’s power/resources or fundamental values.

Dr. Rios has two primary areas of research within this tradition. In the first, she studies the ways in which different forms of self-concept and relational threat impact individuals' motives to be unique from versus similar to others. Dr. Rios is particularly interested in how these motives are manifest in people's willingness to express and adopt minority (unique) versus majority (common) opinions. Although historically, research in social psychology has emphasized tendencies toward conformity, she has shown that certain threats can trigger behaviors aimed at establishing one’s distinctiveness from others.

In another area of research, Dr. Rios studies how perceptions of threat, especially dominant group members’ (e.g., White/European Americans’) perceptions of threat from subordinate groups, affect attitudes toward specific outgroups, as well as toward diversity more generally. Much of her recent work examines reasons that dominant group members may see multiculturalism—the recognition and celebration of diversity—as threatening, and ways to reduce these feelings of threat.

She received her BA in psychology from Stanford University and her PhD in organizational behavior, also from Stanford.