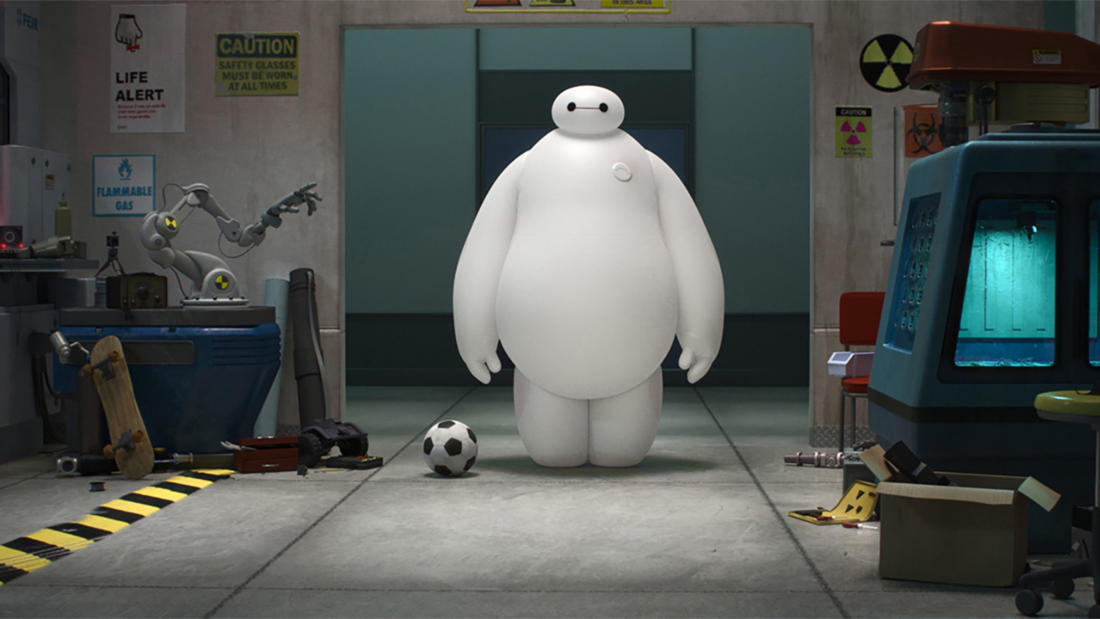 A presentation on 3D printing technologies and how they work, as well as how to design for these processes, create the feedstock materials, and test the performance of the products.

A special bond develops between plus-sized inflatable robot Baymax and prodigy Hiro Hamada, who team up with a group of friends to form a band of high-tech heroes.

Robotics prodigy Hiro Hamada (voiced by Ryan Potter) learns to harness his genius, thanks to his brilliant brother Tadashi (Daniel Henney) and their like-minded friends: adrenaline junkie Go Go Tamago (Jamie Chung), neatnik Wasabi (Damon Wayans Jr.), chemistry whiz Honey Lemon (Genesis Rodriguez), and fanboy Fred (T.J. Miller). When a devastating turn of events propels them into the midst of a dangerous plot unfolding in the streets of San Fransokyo, Hiro turns to his closest companion—a robot named Baymax (Scott Adsit)—and transforms the group into a band of high-tech heroes determined to solve the mystery. Big Hero 6 was the highest grossing animated film of 2014, and won the Academy Award for Best Animated Feature.

Dr. Eric Duoss is currently a member of the technical staff at Lawrence Livermore National Laboratory, where he conducts research in the areas of advanced materials and manufacturing combined with micro-architected design. His research interests include additive manufacturing, 3D printing, printed electronics, functional materials, colloids and complex fluids, soft matter, microfluidics, microencapsulation, and emulsion science. Dr. Duoss received his BS in chemistry and mathematics from St. Norbert College, and his PhD in materials science and engineering from the University of Illinois at Urbana-Champaign.

Dr. Chris Spadaccini is the director in the Center for Engineered Materials, Manufacturing and Optimization at Lawrence Livermore National Laboratory. He has been a member of the technical staff in the Materials Engineering Division for the past 10 years. He is currently the Principal Investigator for several advanced materials and additive manufacturing projects. He is also the founder and director of a new additive manufacturing, process development, and architected materials center. The work in these laboratories focuses on developing next-generation additive processes that are capable of micro- and nano-scale features and have the ability to create components with mixtures of materials ranging from polymers to metals and ceramics. Development of these processes also involves the synthesis and materials science of feedstocks such as photopolymers and nanoparticles. These capabilities are utilized to fabricate microarchitected materials with unique designer properties, such as negative thermal expansion. Dr. Spadaccini is also a part-time lecturer at the San Jose State University in the Biomedical, Chemical and Materials Engineering Department, where he teaches graduate courses in advanced transport phenomena. He received his BS, MS, and PhD from the Department of Aeronautics and Astronautics at the Massachusetts Institute of Technology.

Julie Jackson received her BS in mechanical engineering from UC Davis in 2013. She graduated from Livermore High School in 2008 and went to Las Positas Community College for three years before transferring to UC Davis. She started as a summer intern at LLNL in 2012. In 2014, she was hired as a staff engineer working in the Center for Engineered Materials and Manufacturing. Her research interests are in 3D printing, metamaterials, and mechanics of materials. Jackson is currently pursuing an MS degree from UC Davis in mechanical and aeronautical engineering as part of LLNL’s Distance Learning Program, which allows employees to complete graduate engineering and computer science programs over the internet.

Originally hailing from the Chicago area, William Smith obtained his BS in engineering mechanics from the University of Illinois at Urbana-Champaign in 2013. He started at LLNL as an engineering intern in the summer of 2012 working in microfluidics. Since being hired as a staff engineer in 2014, he has ventured into the design of 3D printed metamaterials and  studying their mechanical properties. While working at LLNL, Smith is concurrently pursuing his MS degree in mechanical engineering at UC Davis through the lab's Distance Learning Program.

Melody Golobic received her BS in mechanical engineering from Cal Poly SLO in 2014. During her time at Cal Poly, she was involved in designing nanosatellites for the CubeSat program and became interested in materials for harsh environments. She started working at LLNL as a summer intern in 2013; in 2015, she was hired as a staff engineer with the Center for Engineered Materials and Manufacturing. Golobic is currently pursuing a PhD in materials science and engineering from UC Davis through the Distance Learning Program. Her research focuses on colloidal suspensions and the surface science behind creating 3D-printable inks.