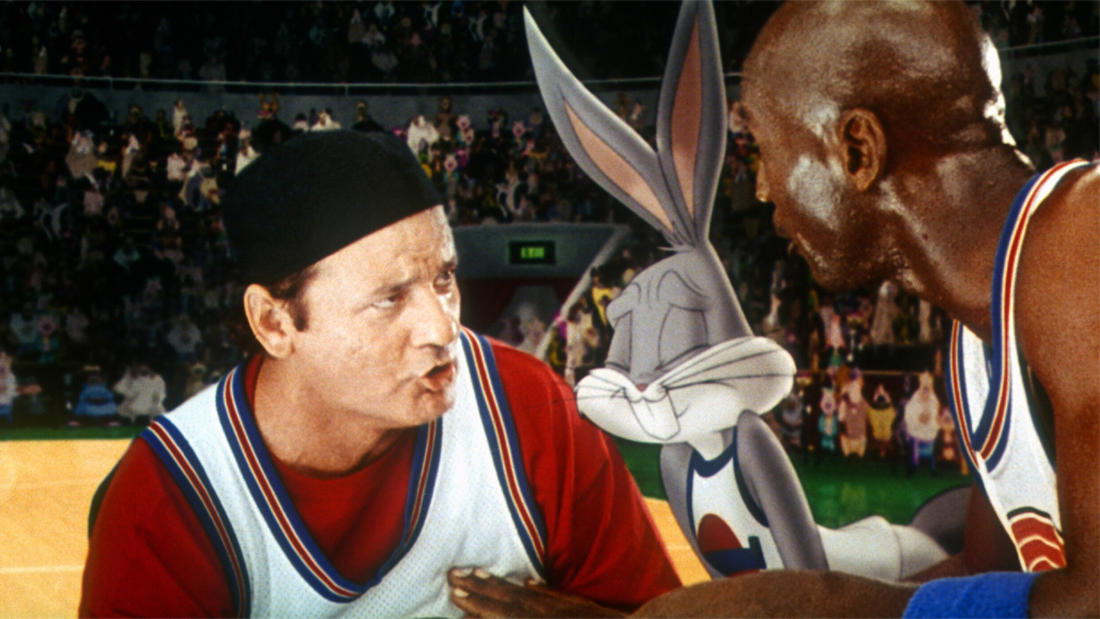 Space Jam— The Physics of Basketball and Cartoon Physics

Dr. Tim Chupp gave an overview of the physics of sports.

Michael Jordan agrees to help the Looney Tunes play a basketball game vs. alien slavers to determine their freedom.

Swackhammer (voiced by Danny DeVito), an evil alien theme park owner, needs a new attraction at Moron Mountain. When his gang, the Nerdlucks, heads to Earth to kidnap Bugs Bunny (Billy West) and the Looney Tunes, Bugs challenges them to a basketball game to determine their fate. The aliens agree, but they steal the powers of NBA basketball players, including Larry Bird and Charles Barkley. Determined not to be outsmarted, Bugs enlists superstar Michael Jordan to help them have a chance at winning their freedom.

Dr. Tim Chupp is a professor in the Department of Physics at the University of Michigan, and is involved in the development of precision measurement, optical pumping, and nuclear polarization techniques for application to a variety of fundamental and applied problems. A key experiment pursues the use of polarized noble gases, 3He and 129Xe, for the enhancement of Magnetic Resonance Imaging (MRI) for medical applications, especially for neurological studies of the functional imaging of cerebral blood flow. This research is a major collaboration involving researchers from physics, chemistry, radiology, neuroscience, and clinical medicine. The other key direction of Professor Chupp’s research is the measurement of manifestations of elementary particle interactions at low and intermediate energies to study physics beyond the standard model of elementary particle interactions. One important pursuit is the search for the CP-violating electric dipole moments of heavy atoms and the neutron, a problem closely related to understanding the apparent cosmological dominance of matter over antimatter. In this work, physics at short range is studied using symmetry and precision measurement techniques accessible with spin polarized systems.

Professor Chupp is a fellow of the American Physical Society, and received the 1993 I.I. Rabi Prize.