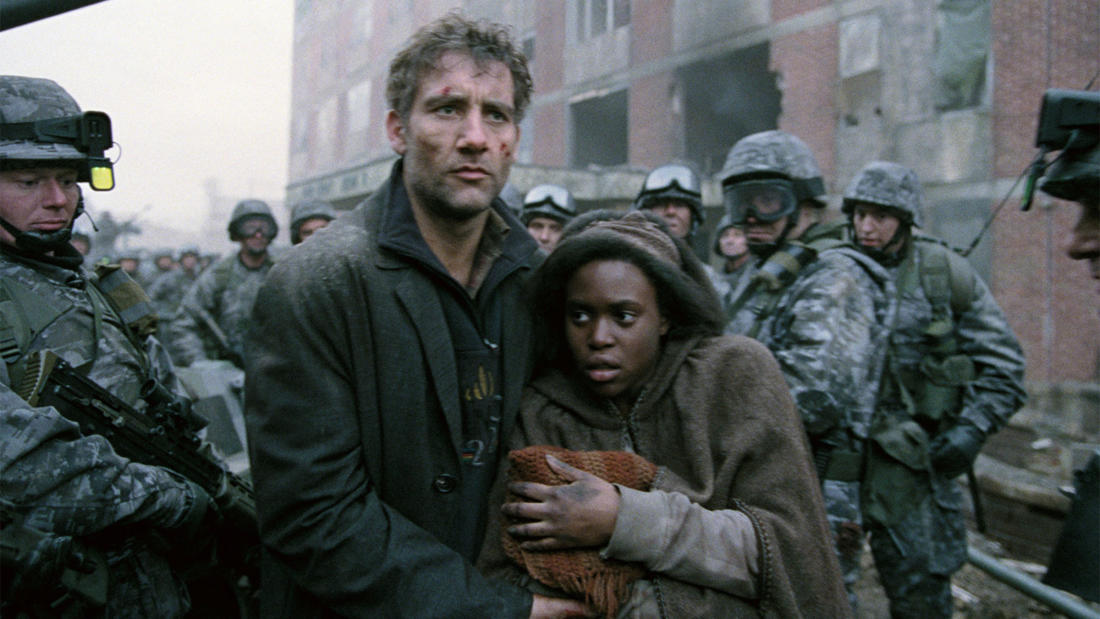 Children of Men— The Regulation of Population Growth

Dr. Roosenburg led a discussion on whether we can effectively regulate human population growth and simultaneously accommodate the sociological, political, and religious freedoms to which we have become accustomed. He also explored the question: If we don’t regulate population growth, where will it take us at the current rate and how might it be controlled naturally?

In 2027, in a chaotic world in which women have become somehow infertile, a former activist agrees to help transport a miraculously pregnant woman to a sanctuary at sea.

It is the year 2027, and it has been 18 years since the last baby was born. Explosions erupt in cafes, surveillance cameras abound, armed guards roam the streets, and illegal immigrants are hauled into teeming refugee camps. Theo (Clive Owen), a jaded employee of the Ministry of Energy, tunes out the chaos that surrounds him, but finds his apolitical stance challenged by the reappearance of his former lover, Julian (Julianne Moore). Now the leader of an underground immigrant rights group, Julian pleads with Theo to help escort a young female refugee (Claire-Hope Ashitey) out of the country. After reluctantly agreeing to lend a hand, Theo discovers that the refugee is harboring a shocking, hopeful secret: she is pregnant. Adapted from the P. D. James novel of the same name, Children of Men was nominated for three Academy Awards.

Dr. Willem M. Roosenburg is a professor of biological sciences at Ohio University. His research focuses on the evolution of life history traits and the conservation biology of long-lived organisms. His aim is to develop a species of interest as a model system and to gain a mechanistic understanding of how environmental variation affects population dynamics of that species, using a variety of tools.