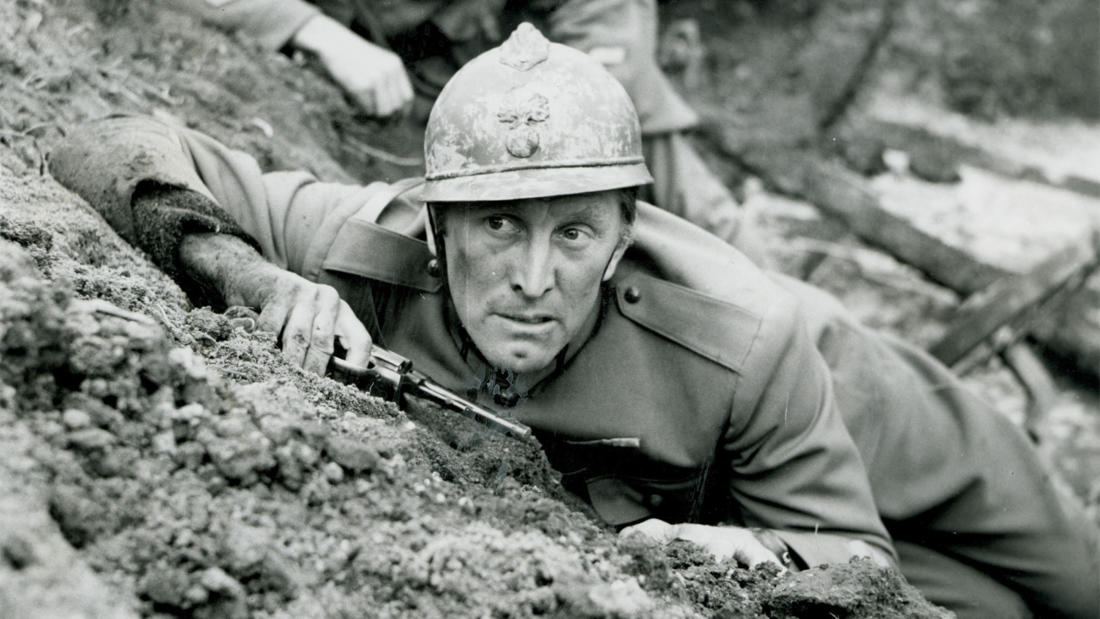 A discussion of human nature, war, and violence, and why—as implausible as it may sound—we may be living in the most peaceable, least violent, and least cruel era in human existence.

After refusing to attack an enemy position, a general accuses a group of soldiers of cowardice and their commanding officer must defend them.

During World War I, commanding officer General Broulard (Adolphe Menjou) orders his subordinate, General Mireau (George Macready), to attack a German trench position, offering a promotion as an incentive. Though the mission is foolhardy to the point of suicide, Mireau commands his own subordinate, Colonel Dax (Kirk Douglas), to plan the attack. Dax then finds himself taking on the ruthless top brass when his men are accused of cowardice after failing to complete the impossible and foolhardy mission. Brilliantly shot in black and white, Paths of Glory is unsparing in its depiction of the absurdity, brutality, and bureaucracy of war.

Dr. Steven Pinker is an experimental psychologist and one of the world’s foremost writers on language, the mind, and human nature. Currently Johnstone Family Professor of Psychology at Harvard University, Dr. Pinker has also taught at Stanford and MIT. His research on vision, language, and social relations has won prizes from the National Academy of Sciences, the Royal Institution of Great Britain, the Cognitive Neuroscience Society, and the American Psychological Association. He has also received eight honorary doctorates, several teaching awards at MIT and Harvard, and numerous prizes for his books The Language Instinct, How the Mind Works, The Blank Slate, and The Better Angels of Our Nature. He is chair of the Usage Panel of the American Heritage Dictionary, and often writes for The New York Times, Time, and other publications. He has been named Humanist of the Year, Prospect magazine’s “The World’s Top 100 Public Intellectuals,” Foreign Policy’s “100 Global Thinkers,” and Time magazine’s “The 100 Most Influential People in the World Today.”