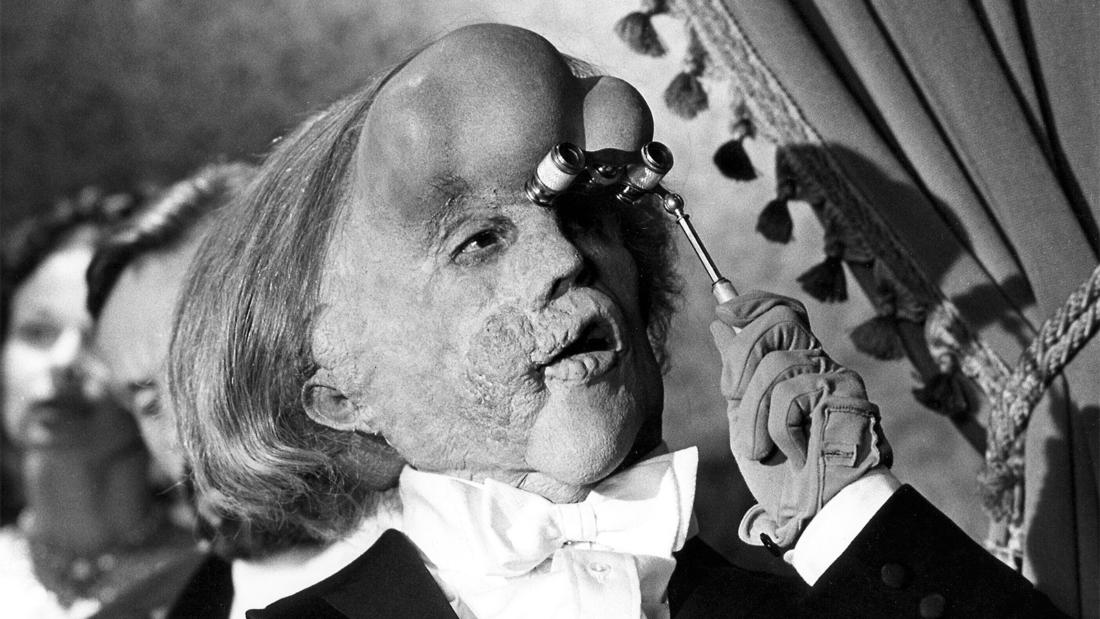 A Victorian surgeon rescues a heavily disfigured man who is mistreated while scraping a living as a sideshow freak. Behind his monstrous facade, there is revealed a person of intelligence and sensitivity.

David Lynch's lucid period piece follows the story of John Merrick (John Hurt), a Victorian-age man afflicted with a disfiguring congenital disease (now known as Proteus syndrome). Shunned by society, Merrick has spent years suffering humiliation for his appearance, treated as nothing more than an animal and sideshow curiosity, until he meets Dr. Frederick Treves (Anthony Hopkins). With the doctor's help, Merrick struggles to regain his dignity and to show the world the profound humanity behind his tortured face. The film was nominated for eight Academy Awards, including Best Picture, Best Actor, and Best Director.

Dr. Virginia Kimonis serves as a clinician scientist in the Division of Clinical and Biochemical Genetics at the University of California, Irvine, and CHOC. Dr. Kimonis received her medical degree from Southampton Medical School, UK. She completed residencies in pediatrics and general practice in the United Kingdom before moving to the US. She then completed a residency in pediatrics at Massachusetts General Hospital and fellowship training in clinical and biochemical genetics at the National Institutes of Health at Johns Hopkins and Washington, D.C. Children's Hospital. Prior to her move to UC Irvine in 2006, she worked at Boston Children’s Hospital and Southern Illinois University School of Medicine.