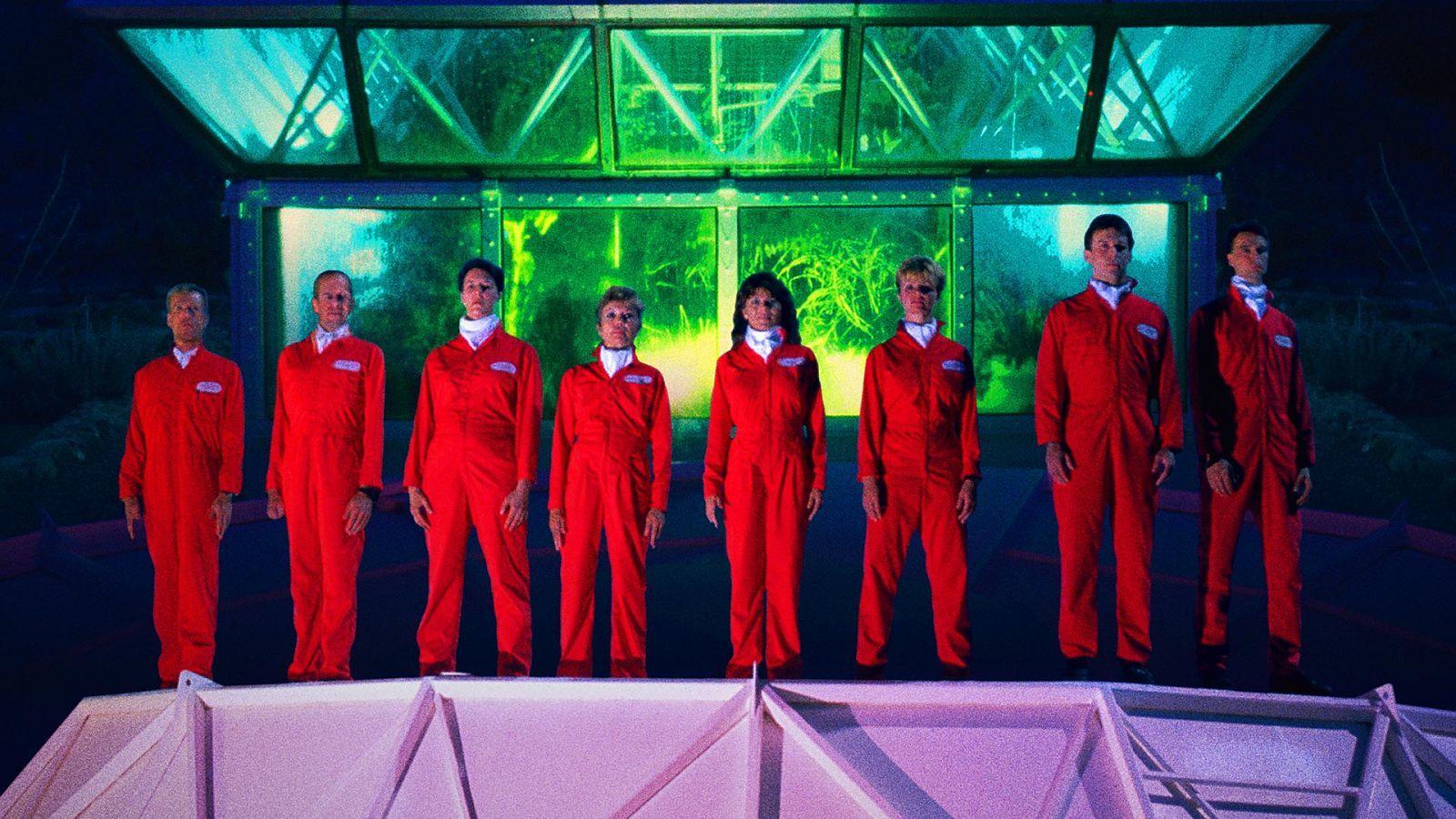 In 1991, eight visionaries embark on a two-year experiment to quarantine themselves inside Biosphere 2—a self-engineered replica of Earth's ecosystem.

Spaceship Earth is the astonishing story of eight visionary people who in 1991 spent two years isolated within a self-built, closed system environment called Biosphere 2. These individuals came together not as scientists, but as a theater troupe motivated by the ethos of “learning by doing.” Their expeditions led them to build a functioning ranch in New Mexico, sail around the world in a ship of their own making, and ultimately create a model of Earth’s ecosystem to help model sustainable living and contribute to mitigating the risks of climate change. Directed and produced by Matt Wolf (Teenage, Recorder: The Marion Stokes Project), Spaceship Earth intermixes never-before-seen archival footage with present-day interviews with the Biospherians to tell a stranger-than-fiction story we would do well to reflect upon in this time when the future is uncertain.