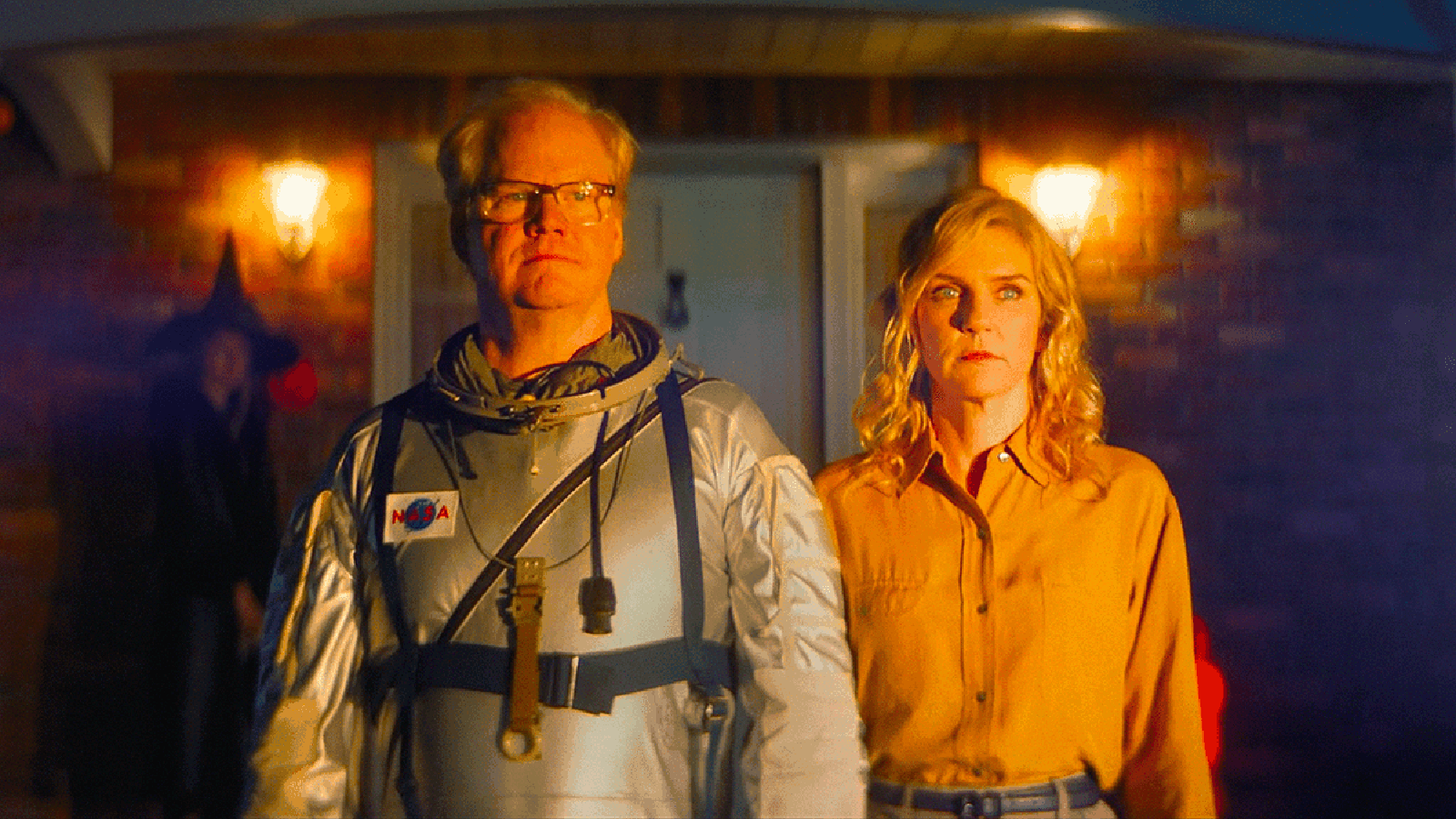 When the host of a failing children's science show tries to fulfill his childhood dream of becoming an astronaut, a series of bizarre events occur that cause him to question his own reality.

When a satellite falls from the sky, Cameron (Jim Gaffigan) finds his life upended. A strange newcomer threatens his job as the host of a quaint children’s science show at the local television station, while his family life begins to crumble. His steely wife Erin (Rhea Seehorn) attempts to guide their wayward daughter, grow her own career, and deal with her husband’s increasingly bizarre behavior. Meanwhile, Cameron steadfastly ignores the series of odd events and mysterious individuals in his small hometown as he obsessively builds a rocket ship from the satellite debris, chasing a childhood dream. This quirky, sweet film leads to unexpected places, unfolding into a profound meditation on love as Cameron searches for meaning and adventure amongst the stars.