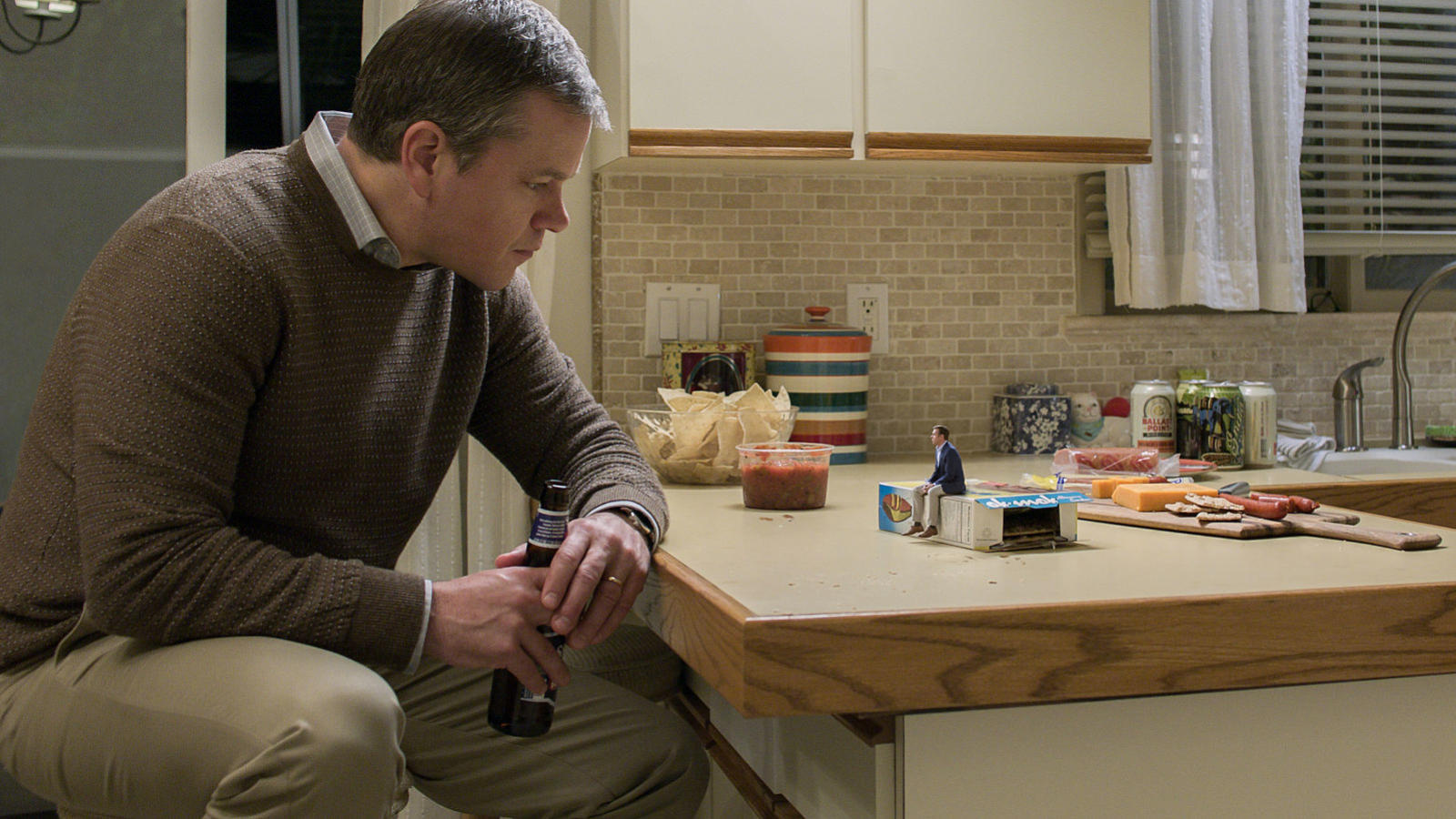 When scientists discover how to shrink humans to five inches tall as a solution to overpopulation, Paul and Audrey decide to abandon their stressed lives, get small, and move to a luxurious new downsized community—a choice that triggers life-changing adventures.

The speculative new Alexander Payne film Downsizing is premised on a fascinating and plausible scientific theory: if people were five inches tall, the world's resources would go a long way. In the film, scientists have discovered how to shrink people in order to address over-population and help save the planet. Paul (Matt Damon) and his wife Audrey (Kristen Wiig) decide to downsize in order to afford the kind of lifestyle they crave. But Paul finds that getting small forces him to think bigger.