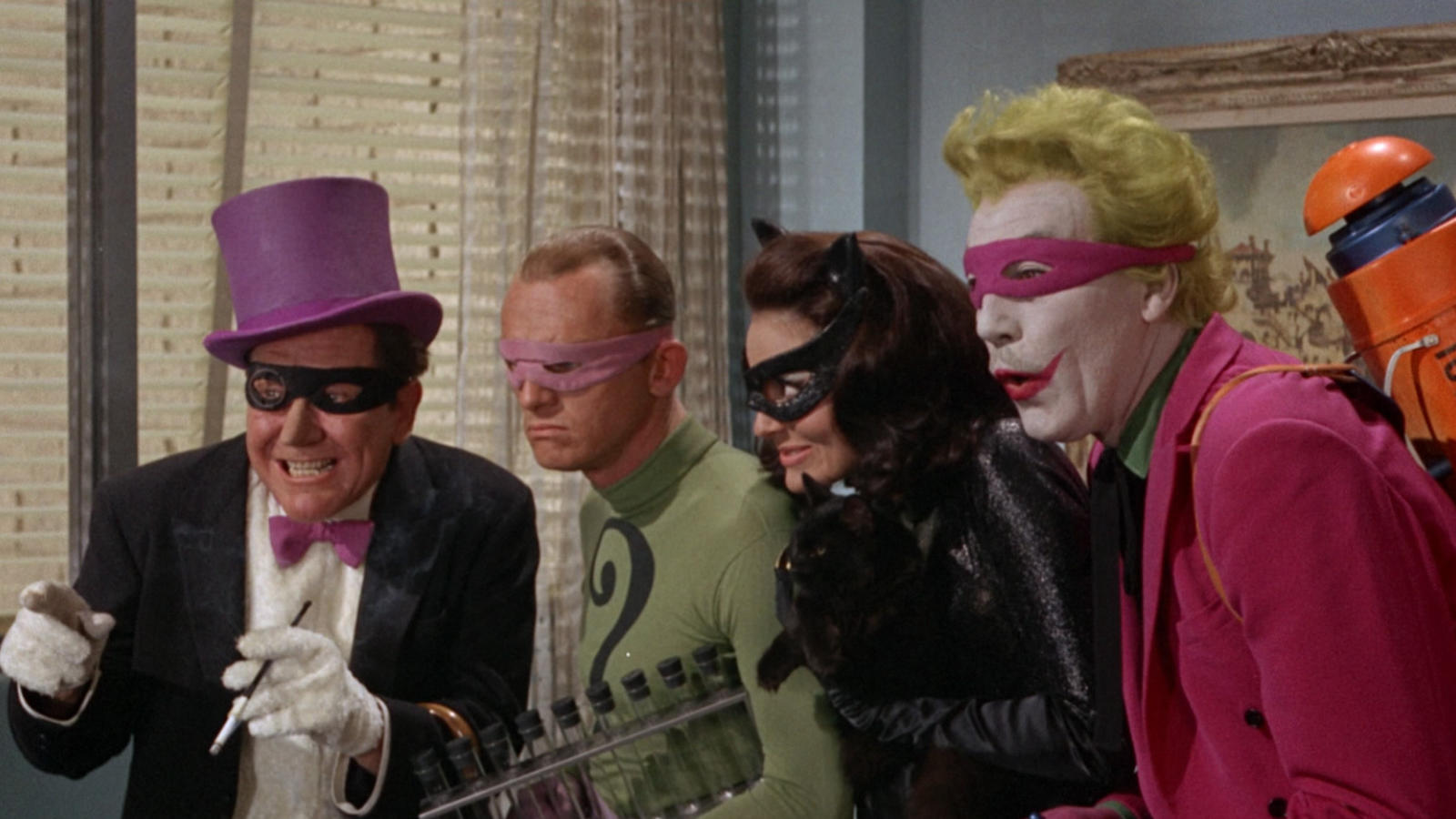 The Dynamic Duo faces four super-villains who plan to hold the world for ransom with the help of a secret invention that instantly dehydrates people.

The arch-villains of the United Underworld—the Joker (Cesar Romero), the Penguin (Burgess Meredith), the Riddler (Frank Gorshin), and the Catwoman (Lee Meriwether)—combine forces to dispose of Batman (Adam West) and Robin (Burt Ward) as they launch their dastardly plot to take over the world. From his submarine, Penguin and his cohorts hijack a yacht containing a dehydrator, which can extract all moisture from humans and reduce them to particles of dust. It is up to the Dynamic Duo to use their high-flying heroism and groovy gadgetry to defeat the fearsome foursome. Based on the campy 1960s television series, the film was the the first full-length adaptation of the popular DC Comics superhero.

KAPOW! The Science of Superheroes