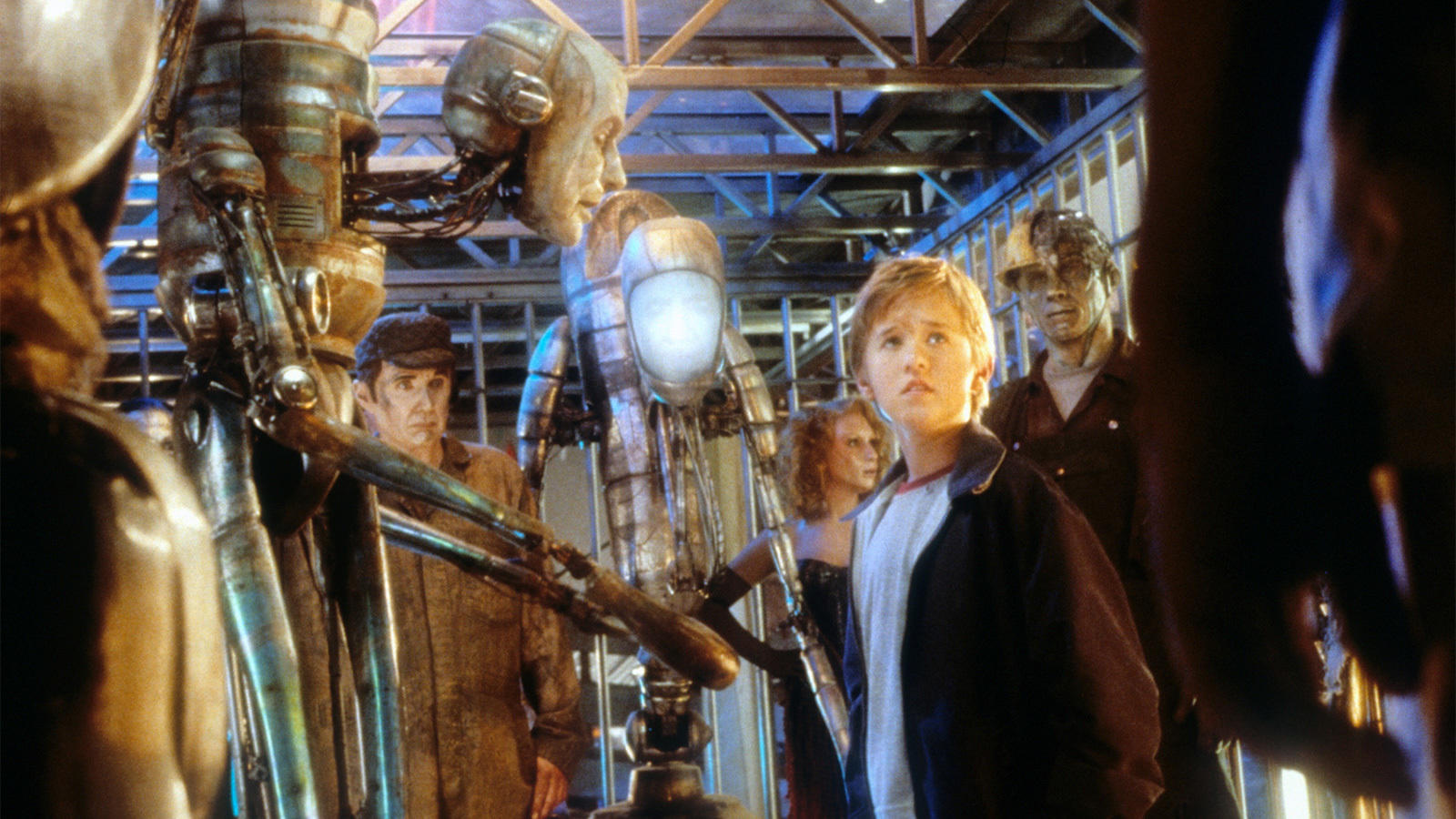 A highly advanced robotic boy longs to become "real" so that he can regain the love of his human mother.

In a time when the polar ice caps have melted and submerged many coastal cities, humans live side by side with "mechas," or sentient robots. One of the mecha-producing companies builds David (Haley Joel Osment), an artificial child, the first of his kind to have real feelings. When David discovers that he is not the biological son of his parents, Henry (Sam Robards) and Monica (Frances O'Connor), he sets out to learn what he can of his true nature. Along the way, David is mentored by an entertainment and pleasure-providing mecha named Gigolo Joe (Jude Law). Development of the film originally began in the early 1970s with director-producer Stanley Kubrick, who later passed the project on to Steven Spielberg.

The Current State of Atificial Intelligence