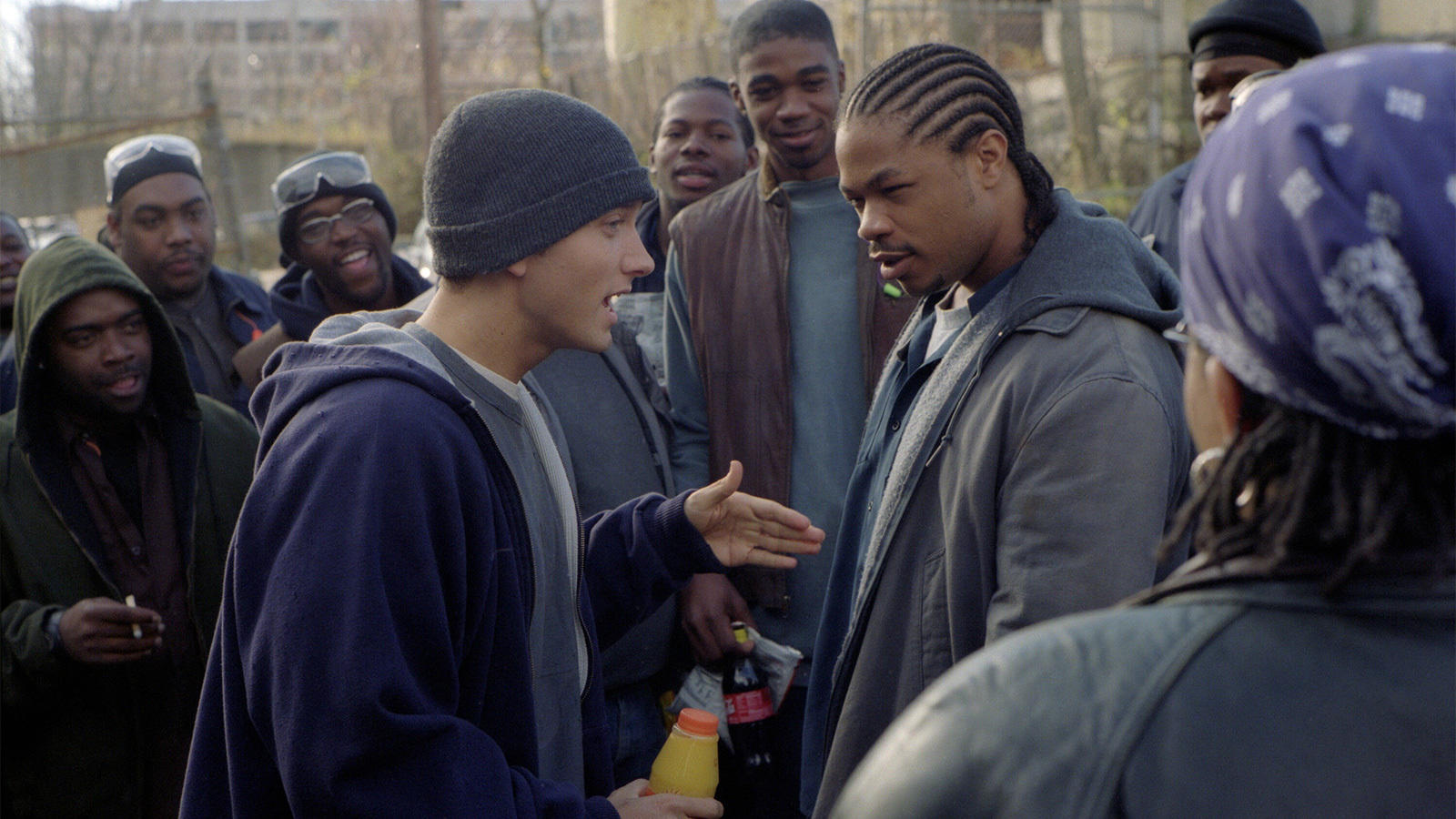 A young rapper, struggling with every aspect of his life, wants to make it big, but his friends and foes make this odyssey of rap harder than it may seem.

Jimmy Smith (Eminem), aka B Rabbit, is a young white rapper trying to make a name for himself in Detroit's predominantly black hip-hop world. A factory worker living in a trailer with his alcoholic mother (Kim Basinger), his little sister, and his mother's loser boyfriend (Michael Shannon), Rabbit sees rap as his only chance to break out of his dead-end life. He lets out his frustrations with twisting, clever rhymes admired by his friends, who keep pushing him to enter a weekly rap face-off at a local club. When he chokes onstage and gets booed by the crowd, he's convinced he's missed his chance. But Rabbit takes one more shot at making his dreams a reality, going head to head with his nemeses in a ferociously creative freestyle rap battle. Eminem won an Academy Award for Best Original Song for "Lose Yourself."