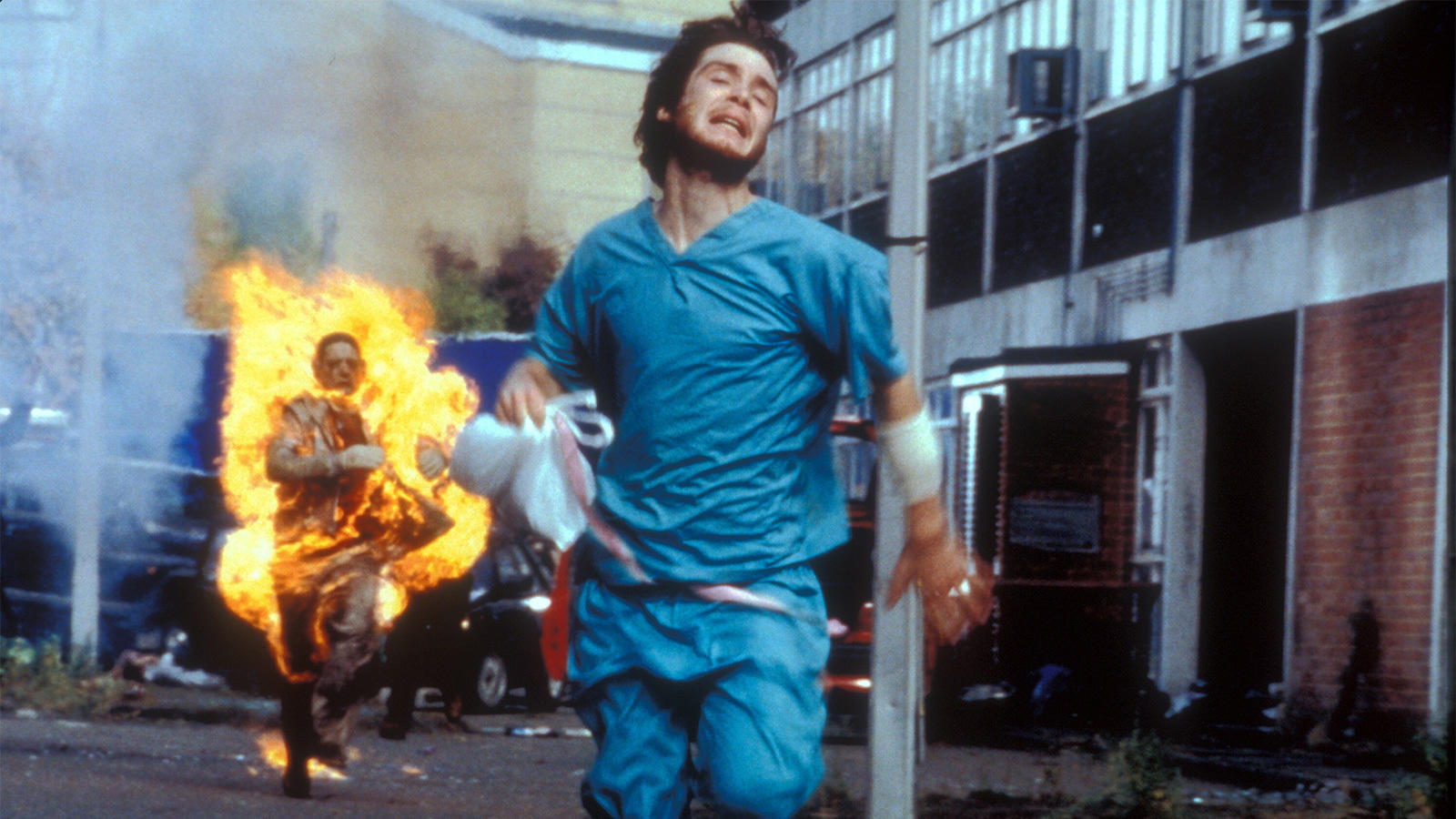 Animal activists break into a laboratory with the intention of releasing chimpanzees that are undergoing experimentation, infected by a virus that causes rage. The naive activists ignore the warnings of a scientist to keep the cages locked, with disastrous results. 28 days later, bicycle courier Jim (Cillian Murphy) wakes up from a coma in a deserted hospital in London. Desperate to find anyone else, he stumbles into a church that has been taken over by murderous zombie-like humans. Fellow survivors Selena (Naomie Harris) and Mark (Noah Huntley) rescue Jim and explain to him that this blood-borne virus overwhelms the infected victim with a murderous rage within seconds. Britain has been overrun. Their only chance of survival may lie in the hands of a group of Manchester soldiers who claim to have the "answer" to infection and invite any survivors to join them at their blockade. Faced with no alternative, the group sets out northward, unaware that the worst is yet to come.

The spread of infectious disease

Why are we still alive?