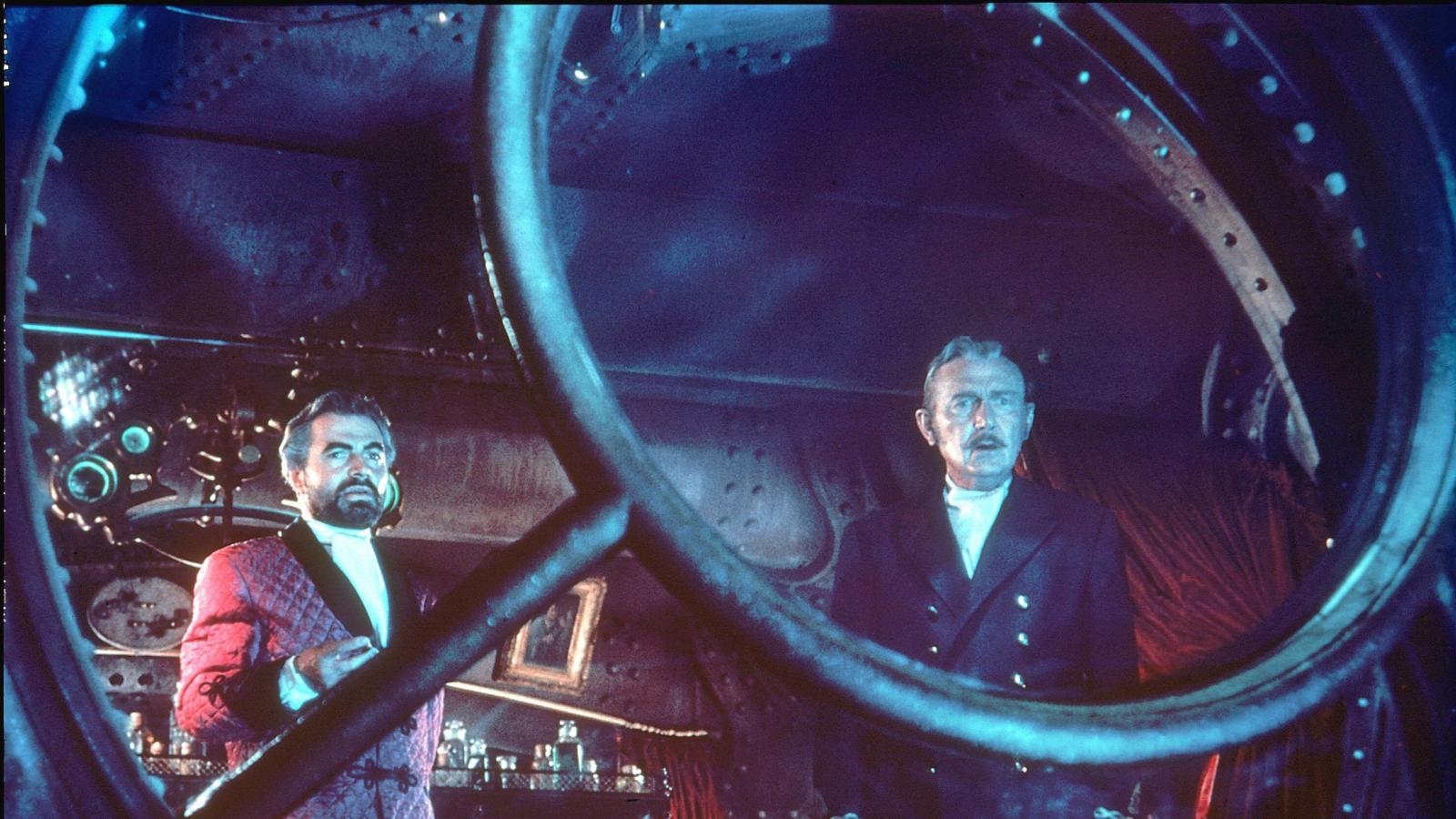 A ship sent to investigate a wave of mysterious sinkings encounters the advanced submarine, the Nautilus, commanded by Captain Nemo.

In 1866, Professor Pierre M. Aronnax (Paul Lukas) and his assistant Conseil (Peter Lorre), stranded in San Francisco by reports of a giant sea monster attacking ships in the Pacific Ocean, are invited to join an expedition to search for the creature. During the search, they and harpooner Ned Land (Kirk Douglas) are thrown overboard during an attack, eventually discovering that the supposed monster is actually a submarine piloted by the brilliant but haunted Captain Nemo (James Mason).